The recent surprise news that the Spanish Authorities are to abolish Matriculation Tax and that the French were to impose VAT on charters was greeted nowhere more warmly than in the slightly beleaguered Balearics.

It had been casting envious eyes across to the Cote d’Azur where previously local authorities had allowed VAT-free charter operations whilst back in Spain they were lumbered with taxes and charges that made their marinas, whatever their physical setting, an unattractive place for charter companies to be based.

But now the playing field is much more even and Spain hopes that the boost given by the abolition of the tax means that yacht charter industry can be a bright area of growth for their collapsing construction-based economy.

More than anywhere in the Balearics Ibiza has long attracted the jet-set and the celebrities, the island’s cool ensuring a growing luxury travel market but, previously, they always left their yachts behind.

Marina Ibiza looks particularly well-placed to benefit from this turn of events. Acquired in 2008 by the IPM Group and Alsonso Mari it has been undergoing a steady refurbishment  to convert the marina to larger berths. The €32 million three year project capitalised on the marina’s greatest asset – it’s prime location on Ibiza – and sought to raise the qualities to the highest standard available at the time.

The “new” marina officially opened in 2011 and has since won a wealth of awards and become a favoured stopping off points for the world’s megayachts.

Over 50 per cent of the new berths are designated for boats over 20m and some can accommodate vessels of up to 100m plus. The marina has about 400 floating berths and made the marina the first place in the Balearics to provide berths for very large yachts.

The marina includes a 5,500 sqm boatyard – Varadero Ibiza – has a good range of facilities including a 160-ton hoist, a 10m dry dock and a smaller 12 ton crane.

To encourage long-term stays rather than risk becoming a transit point the marina created facilities such as an exclusive club for special clients and set up support services for crews.

Alongside the quality of the facilities sits the quality of the service provided and Marina Ibiza established a yacht concierge company offering a level of service unmatched anywhere else in the Balearics. Modern day millionaires are extremely demanding and concierge companies have to be able to provide everything from the mundane to the ridiculous. 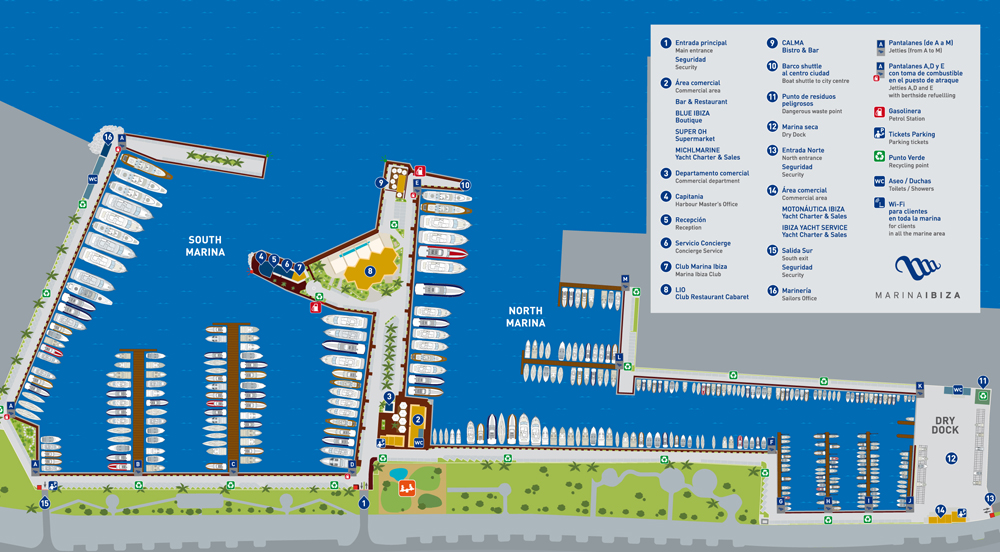 Since opening the marina has been awarded the 5 Blue Star accreditation from the International Marina Certification Institute (IMCI) as well as a Blue Flag award. The team operating the marina have been remodelled and their operations honed too, so now they are certified to ISO 14001:2004 for environmental management; ISO 9001:2008 for quality and service. 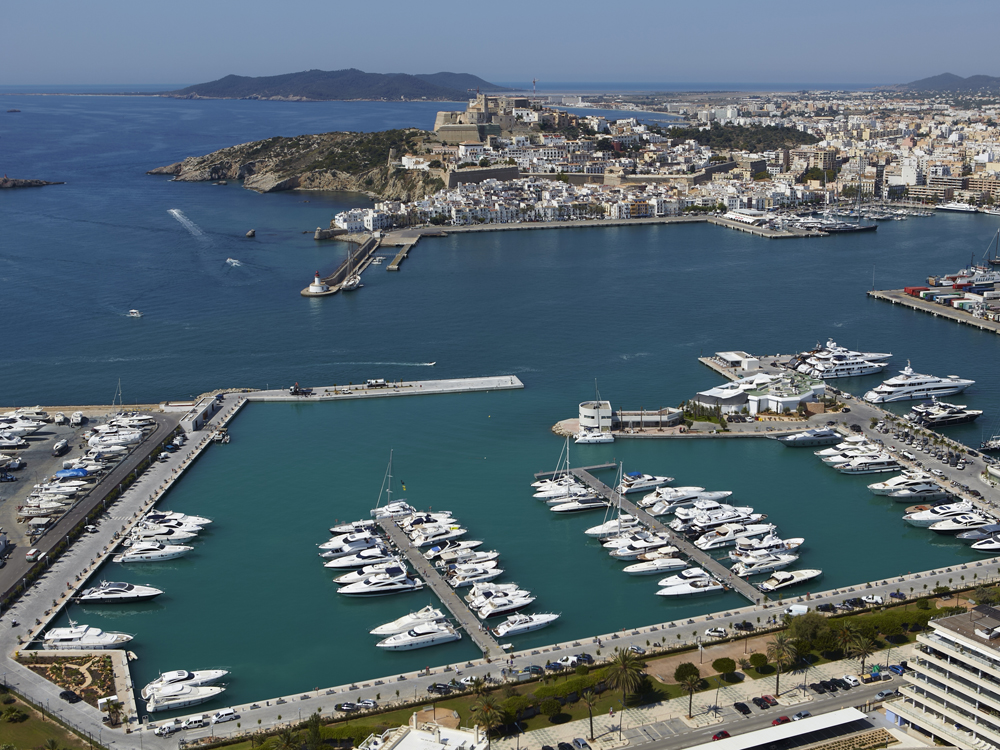 It is undoubtly true that since it’s opening Marina Ibiza has boosted more than it’s own fortunes. The maritime industry in Ibiza has boomed like never before, “As a result of our work, superyachts and megayachts began to arrive. Before this they couldn’t berth in Ibiza because there was no space for them.”

“In some ways, Marina Ibiza has contributed to revolutionising tourism in Ibiza and improving the quality of its visitors.”

They have also implemented plans to try to reduce the seasonality of demand and reduce congestion in peak times by staging events year-round and encouraging winter berthing in the warm winter months. That said, even before its official inauguration most of the moorings were reserved mostly by previous customers.

So here in one corner of Spain at least things look extremely rosy for the future with plans to further upgrade facilities and establish reciprocal programmes with other marinas in Spain and Italy.