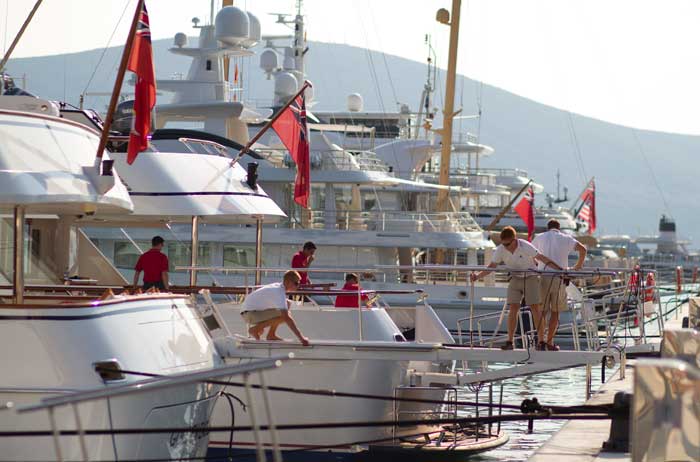 As the summer sun fades the resentment of many in Italy still burns over the introduction and implementation of the new tax regime on pleasure yachts. Embarking on what Mario Monti, the Italian PM, commented was “a state of war” against tax evaders authorities have resorted to methods more usually associated with Hollywood.

Off the protected Sardinian islands of Soffi and Motorio helicopters were used to swoop down on unsuspecting yachts that looked as though they might consider anchoring in protected areas. Hollywood director Steven Speilberg was one owner to be fined, in his case for sailing too close to a Sardinian beach with his engines on.

Mega-yachts off the Tuscan and Amalfi coasts have been also been targeted by tax inspectors, who often board the boats in marinas, looking for vessels falsely claiming VAT exemption, with large amounts of cash on-board or declaring low taxable incomes.

When the Guardia di Finanza sent its patrol boats to check 963 boats in southern Italy this summer they found that nearly one in three belonged to an Italian national who declared little or no income. The largest mega-yachts have also fallen foul of measures introduced after the Costa Concordia sunk which ban sailing too close to protected areas. The problem is that the mega-yachts are so large that the police have been confusing them with cruise ships and harassing billionaires as they lie at anchor, even Roman Abramovich was ordered to return to Porto Fino from the Costa Smeralda.

“These raids are a huge problem and many yachts won’t be back any time soon. We’re 30% down this season.”said Roberto Azzi, who runs a rental agency called Emerald Yachts.

The tough measures have sparked a furious reaction from not only the rich and famous upset about their holidays being spoiled but also from Italy’s maritime industries who point to the the $350 million loss and exodus of 30,000 boats since the crackdown was announced in March.

Others have simply turned to false insurance claims as a way of stemming their losses with a growing number claiming that their boats have sunk. But here too insurers are using spy-technology to verify claims with robo subs being used to inspect wreck sites.

The situation in Italy is similar to that found in other indebted European nations – a government desperate for revenue sees yachts owners as a lucrative, politically expedient and easily reached source of revenue. New taxes are being levied and the authorities are more aggressive in the policing and collection of existing duties. 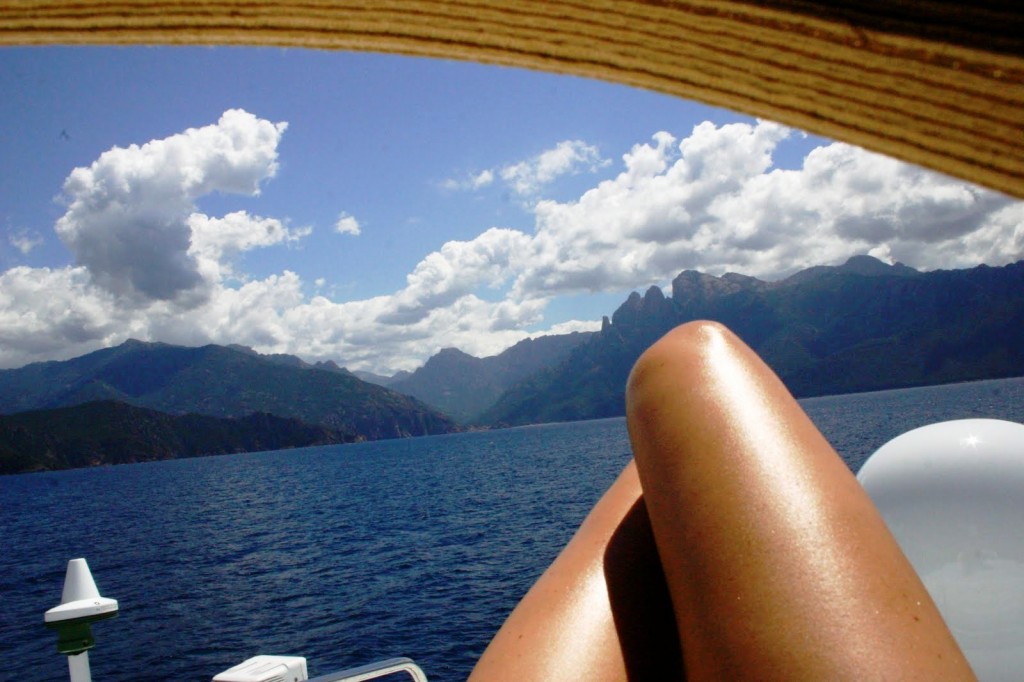 In Spain the maritime sector has been burdened by a “Matriculation Tax” (a kind of compulsory registration tax) that is estimated to have emptied 100,000 yachts from marinas along the Iberian coast. The tax has existed for over 4 years but was rarely enforced. Now however responsibility for the tax has been devolved to the regions meaning that whilst Valencia chooses to enforce the tax Andalucía does not.

Previously many owners had simply registered their boats under foreign flags and designated them as charter vessels, even though they were never used for that purpose. This actually avoided a 33% tax on the boats (21% valued-added tax and 12% matriculation tax.

Majorcan sources estimated that over €600 million a year is lost from legitimate foreign-flagged charter yachting avoiding the area so as not to be liable for the matriculation tax.

Graham Hutt, author of British boat and cruising guides to the Balearics and North Africa moved his sailboat in 2011 to Gibraltar – a British territory that is part of the European Union but, crucially, not part of the customs union – after Spanish authorities threatened to seize it.

Another practice is for yachts to sail out of EU waters and into an African port such as Tunis or Tangiers for a couple of nights before returning home. Despite the massive cost of fuel these trips (unless you’re doing Gibraltar-Morocco) really paid off as by leaving the European Union temporarily the yachts sailed into a decade-old loophole intended to allow foreign boats to cruise the Med from EU ports for as much as a year and a half. Owners could then avoid paying VAT in their home territories, usually around 20% of a multi-million boat, so a considerable amount.

According to iYachting Services around €90 million in unpaid VAT is being pursued by the authorities in the Mediterranean much of it due on large yachts registering as businesses under foreign flags of convenience. 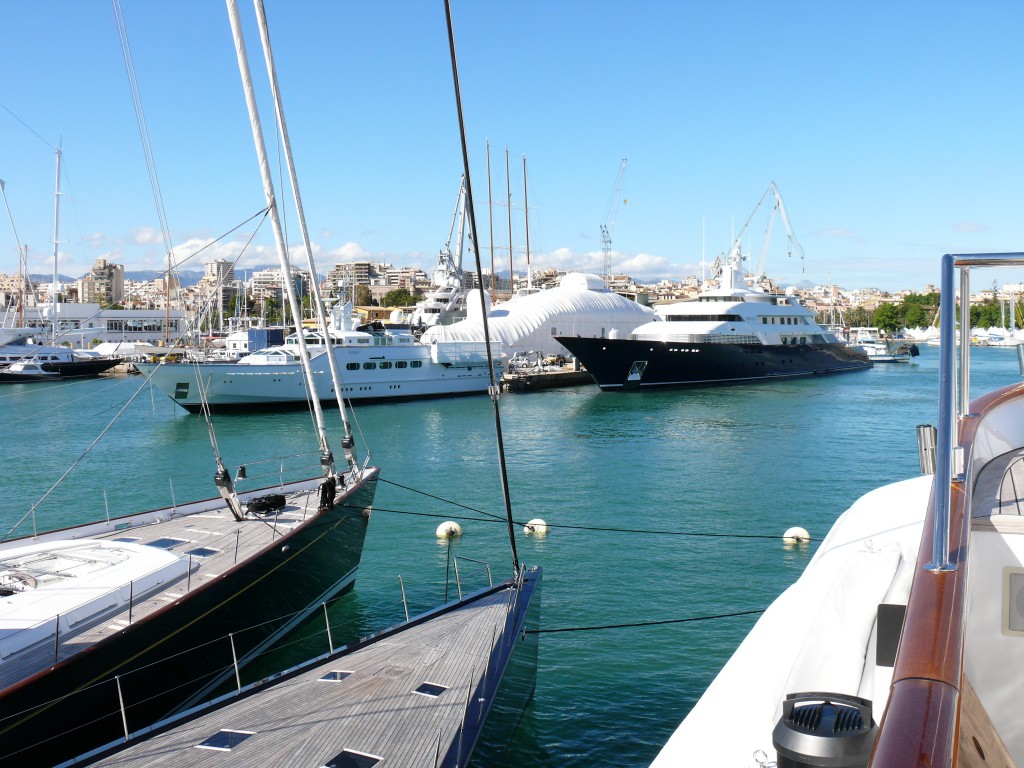 “If you buy outside the EU and corporately flag it in a non-EU country you are not an EU owner. That’s what most people do.” said Phil Berman, of US-based Multihull.

Registration in somewhere like the Cayman Islands, or closer to home Gibraltar, means that a European can buy a €3 million yacht built in Italy or France and completely avoid value added tax.

And so the game continues, the armies of accountants and lawyers employed by the mega yacht owners strive to keep them one step ahead of the taxman.

One common and entirely legal practice involves a yacht owner selling the yacht to a charter company set up by a bank who hold the boat’s sale price on deposit. The “charter company” rents the boat back to the owner by the week and the bank pays the interest on the cash deposit. The owner gets cheap usage of the yacht, exploits tax advantages and gets sales tax exemptions on fuel and other marine products. Ultimately the owner buys back the yacht at a depreciated price from the charter company. 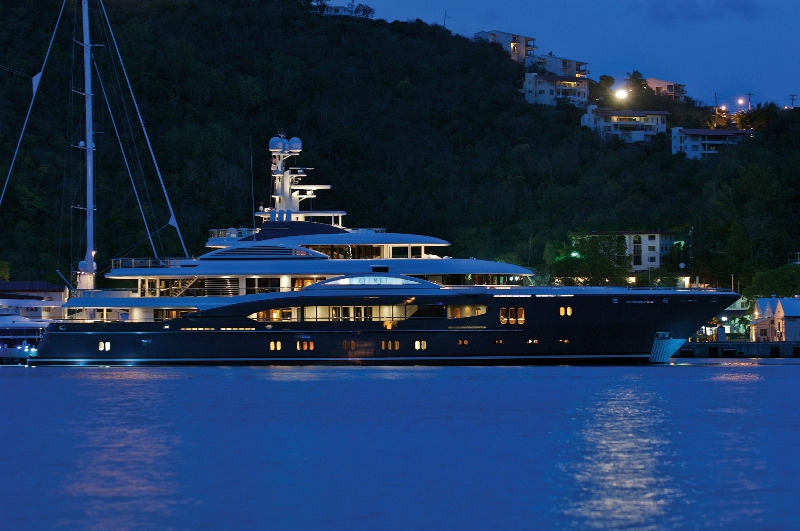 With increasingly sophisticated means such as this invoked by owners and the massive economic cost of punitive taxes to the maritime sectors in various southern European countries becoming clearer it seems that more pressure needs to be brought on the authorities to protect this vital economic sector.