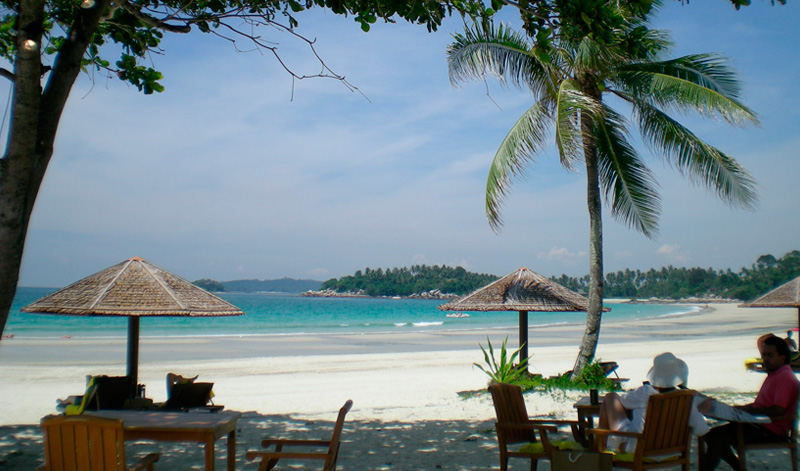 Who would have thought that the tiny island city of Singapore, just 40km long by 20km wide would play host to one of the boating industry’s fastest growing Yacht Shows, attracting over 10,00 visitors and some of the best known players in the luxury yachting world.

But, this is the island that now stages the Formula 1 Grand Prix, and is the established powerhouse of the commercial/banking sector in S.E Asia. It is also surrounded by some of the most beautiful and unspoilt cruising grounds in the world, with several archipelagos consisting of hundreds of tropical islands, many of them uninhabited, within a few hours sailing time from its shores. 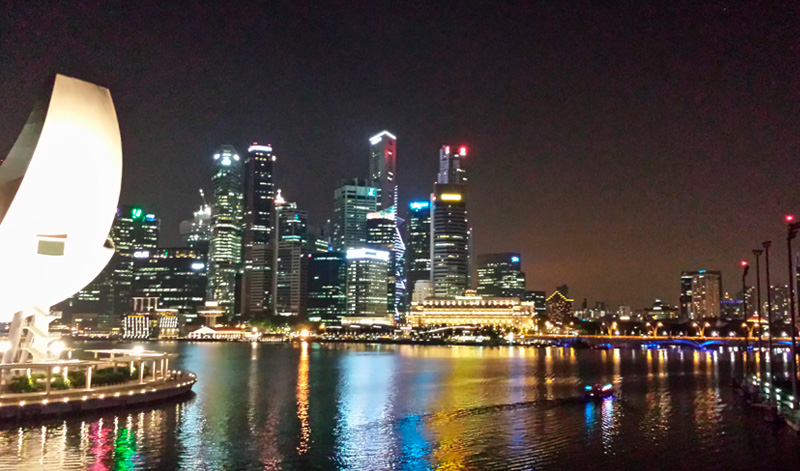 Now in its 4th year and held on the even tinier island of Sentosa, a leisure paradise creation just a few hundred metres from the Singapore City skyscrapers, the Singapore Yacht Show had praise heaped upon it from the moment it was opened on 10th April by Guest of Honour Minister Iswaran, who remarked on how quickly the Show has grown since he opened the inaugural edition in 2011. “The Show has more than doubled in size each year, and we can now proudly say that this international hub of business and leisure is also home to what is now by far the biggest yacht show in Asia,” Mr Iswaran said.

Commenting on the show exclusively for MedBerths, was business visitor Sam Crawford sales director of CMS Marine in the UK who produce ultrasonic antifouling systems. Sam said; “The weather was very hot and humid, so visitors were happy with the undercover marquee area on offer and AC on the large superyachts. There were plenty of superyacht builders represented, not just the run of the mill sunseeker / princess etc. This gave the show a very upmarket VIP feeling.” 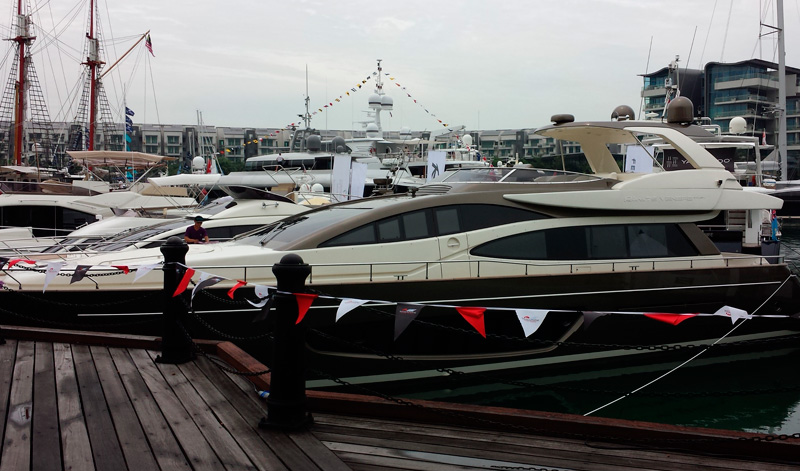 “There was the usual addition of super cars with Ferrari, Masserati, and even the new Alfa Romeo Volante on display, and visitors followed the usual pattern of well informed serious buyers on Thursday and Friday, with the day trippers coming on Saturday. “Visitor numbers were expected to be around 10,000, Sam continued, “and I would suggest this figure is about right if not slightly higher. It had the feel as though business was being done there.”

Indeed this appeared to be borne out by the announcement that San Lorenzo sold one of its customised planing motor cruisers from its SL line on the opening day, which will be used for cruising in Thailand and Malaysia!