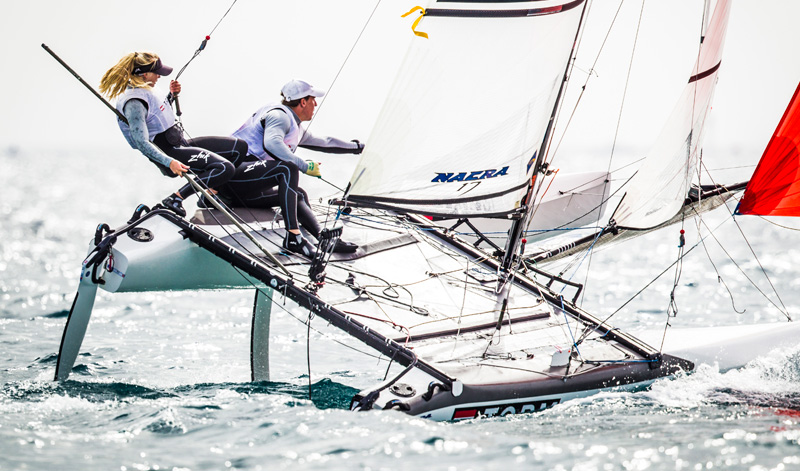 Almost 1,200 sailors from 60 nations took part in the 45th Trofeo Princesa Sofía. In the fourth and next to last stage of the ISAF Sailing World Cup, all competitors were fiercely keen to do battle and get their name engraved on the silver trophy that is the precious prize of the Majorcan regatta.

Maximum activity was focused around the sailing clubs of S’Arenal, Can Pastilla and Palma, in the bay of Palma, where the elite of world sailing, including Olympic medallists and world and continental champions were concentrated at the beginning of the European sailing season, in a decisive year for the Rio 2016 Olympic Games in Brazil.

Marit Bouwmeester from The Netherlands who sails the Laser Radial dinghy, was the one to lift the huge and much coveted Trofeo Princesa Sofía as overall winner of the regatta.

Marit had gold in the bag going into the Laser Radial Medal Race and sailed with ease on the final day. A second in the Medal Race wrapped up what was a consistent display of Radial racing in Mallorca. “I’m very happy,” said Bouwmeester. “I managed to do well in all sorts of wind conditions and it’s nice to get that confirmation.” In the Finn Class where British Olympic Gold Medalist Ben Ainslie made his name, another Brit, Giles Scott, found the going tough in the final day Medal Race as he came through in eighth place. Fortunately for Giles he had built up a solid advantage heading into the final day and picked up gold as overall class winner..

Attention now turns to the final ISAF Sailing World Cup regatta of the 2013-2014 in Hyeres, France from 19-26 April, which will be a step closer to Brazil…for some!