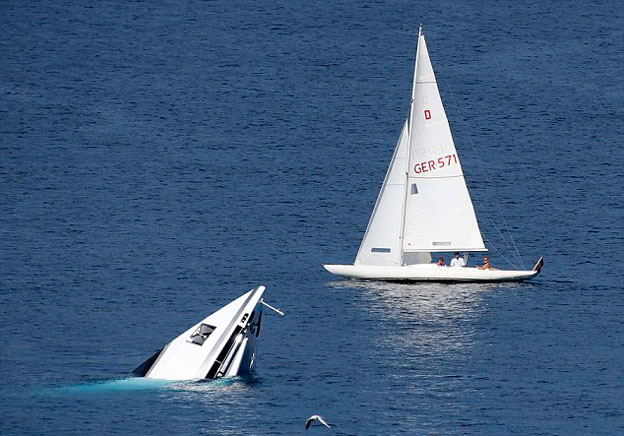 The Vals II, owned by a Monaco-based South African national, sunk just off Paloma Beach in the south of France. The 27-metre vessel had previously been berthed at St Tropez but it is believed that it encountered a heavy swell and sunk in a couple of hours.

Nice-Matin reported that the skipper and three crew members were aboard at the time. “It was about three o’clock in the morning when, due to a leak, probably at one of the engines, our yacht quickly filled with water”, said one of the crew when interviewed by Motorboats Monthly. “Although we operated two large bildge pumps, we couldn’t manage to stop the flood”.

The aluminium vessel was built in 1994 to a “superior” level by Istanbul-based Proteksan Turquoise and is reported to have recently had her interior completely refurbished.

Trapped air kept her bow above the water, and the Gendarme Maritime of Nice and Municipal Police from Saint Jean Cap Ferrat placed floating booms around the scene to prevent possible pollution from the estimated 6,000 litres of fuel aboard. 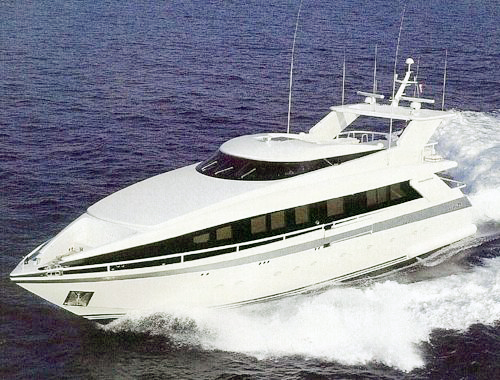