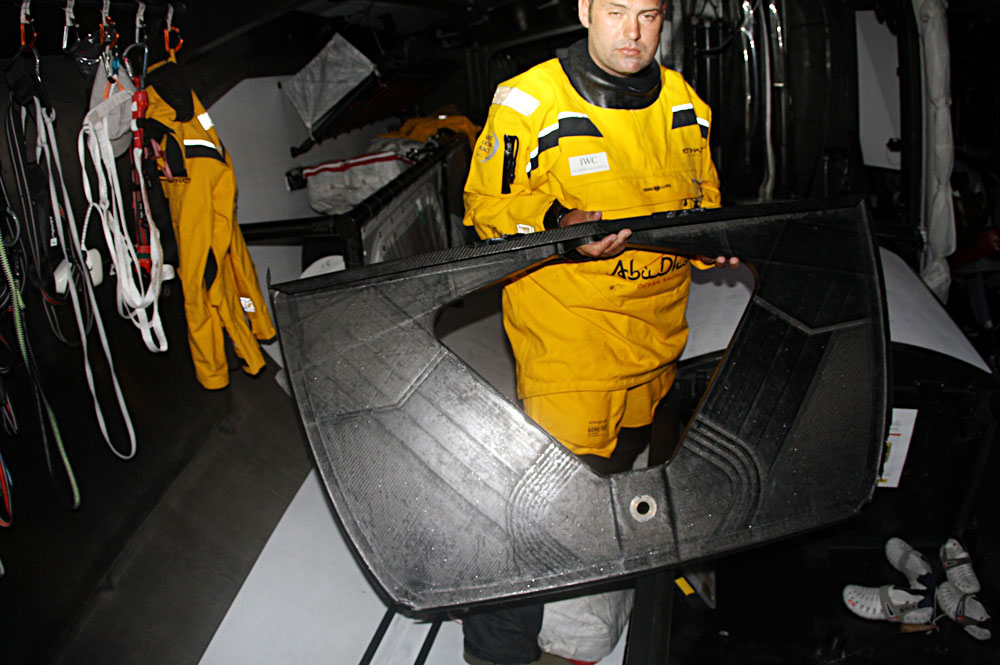 Abu Dhabi Ocean Racing are returning to Auckland after suffering structural damage just 50 nautical miles into Leg 5. All the crew are safe.

Abu Dhabi’s skipper Ian Walker reported to race control at 0700 UTC that a bulkhead in the bow of their yacht Azzam, which secures a crucial heavy weather headsail, had ripped clean out.

A statement issued by the team said the crew of Azzam were safe and a return to Auckland to repair the J4 bulkhead was the best option.

“Only 50 nautical miles into the leg and given the close proximity to Auckland, where the Abu Dhabi Ocean Racing shore team is still based, Walker decided returning to port to undertake repairs was the best course of action,” the statement said.

“No crew members were injured and all are safe on board.

“Abu Dhabi Ocean Racing is expected to re-join the Volvo Ocean Race Leg 5 immediately after repairs are complete — approximately in the next 48 hours.”

Nick Dana, Abu Dhabi’s Media Crew Member, added: “Absolutely gutted. After going off a fairly-sized and steep wave, we have torn the J4 bulkhead clean out.

“We are now headed for Auckland and hopefully a quick turnaround. The team is devastated but fully focused on the task in hand.”

Leg 5 started from Auckland at 1400 local time (0100 UTC) on Sunday and sees the fleet race 6,700 nautical miles through the Southern Ocean, around Cape Horn and on to Itajaí in Brazil.