PUMA and CAMPER were sweating over minimal gains and losses at the head of the fleet on Leg 3 on Tuesday, with no let-up in the furious workrate among the fleet despite sweltering conditions and the prospect of far bigger changes in fortune to come.

At the 1300 UTC position report on day 3 of the second stage of Leg 3, PUMA held a 2.3 nautical mile advantage but CAMPER were confident they could still cash in on their more northerly position, with the only question being when to make their move.

“We’re only talking small changes, but there’s quite a battle being waged here to hold onto the lead at the moment,” said CAMPER skipper Chris Nicholson.

“It’s just a neck and neck race to the east at the moment. We have some leverage — it’s just a tricky situation for us when to use it.”

The determination of the teams to squeeze out tiny advantages this early in the 3,051 nautical mile leg is notable given that far greater gains and losses are likely when the fleet gets into the Malacca Strait and beyond. 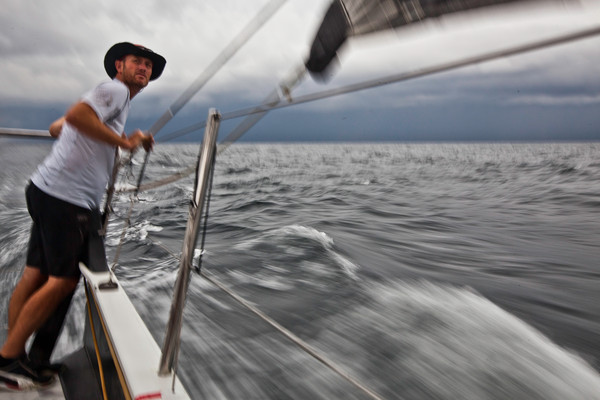 “They are small gains, because when we think what’s ahead in the Malacca Strait and the South China Sea, there’s going to be enormous gains and losses, but this is where the game’s at at the moment and it’s neck and neck,” Nicholson said.

Apart from PUMA, the main concern for Nicholson will be the sight of Team Telefónica making the biggest gains as they recover from the sail damage they suffered on Sunday.

Telefónica, who lead the overall standings by seven points from CAMPER, were the fastest boat at the 1300 report, still 16.3nm behind the leaders but pushing hard for the most northerly position.

Telefónica skipper Iker Martínez said his team were looking for long-term gains rather than a short-term advantage.

“We know that the lost miles to the finish will be important but we’re hoping that it will be better for us when we arrive at the Malacca Strait within the next two days,” he said.

“It was a decision based on looking ahead two days rather than for here today. Now we have a little bit more wind and now we are pointing where we want to go. We’re working hard to catch up the boats in front and reduce the gap so that when we reach the unstable conditions in the Malacca Strait we can get closer.”

To the south, Groupama sailing team were just behind PUMA, followed by Abu Dhabi and Team Sanya.

While the consistent 10-15 knots breeze and warm waters have been ideal to power the six Volvo Open 70s towards the Malacca Strait, life below decks grows more uncomfortable with every day as temperatures rocket.

“It’s hot and sticky down below. It’s difficult to get rest off watch because of the heat. If you’re off watch you’re in your bunk. If you can’t sleep you’re on the rail or you stay in your bunk – there’s not much of a choice.”

“On deck it’s wet when you do a sail change,” added PUMA bowman Casey Smith. “Of course, as soon as you put your wet weather gear on you sweat horribly, so you’re going to get wet either way, from sweat or from salt water.”

With just 20.5 nautical miles separating PUMA from six-placed Sanya, each of the teams have been pouring their energy into squeezing every last bit of boat speed from their yachts, desperately trying to get the upper hand on their opponents.

“It’s a meticulous job, with slightly open angles and a little bit of speed in the shifts,” Groupama sailing team watch leader Damian Foxall said. “Every 10th of a knot, every shift is important.” 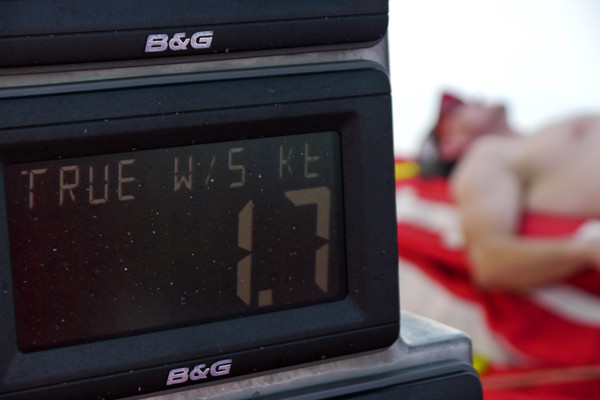 The teams are expected to reach the Malacca Strait, the narrow body of water between Sumatra and Singapore, within the next two days.

“Getting around the corner of Sumatra is one thing but the Malacca Strait is a whole different animal,” PUMA bowman Smith added. “Right now it’s just about staying in the pack and making sure when opportunities come you take them.”