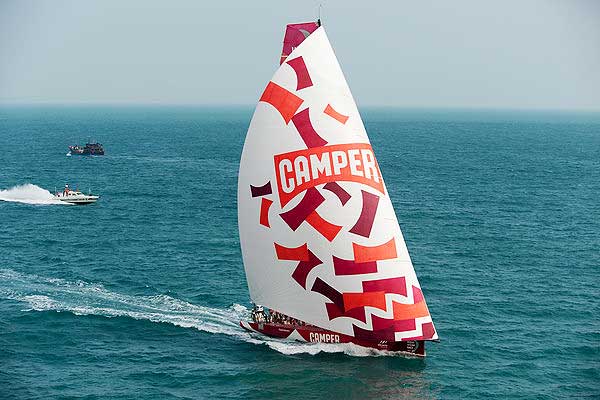 After tacking north around midday today, at 2200 UTC tonight Chris Nicholson/AUS and CAMPER with Emirates Team New Zealand were the leaders of the pack as Volvo fleet bashes upwind across the South China Sea towards the ominous Luzon Strait, 446 nautical miles (nm) ahead.

The crew of CAMPER has always felt confident about the conditions faced on this leg, having trained in the rugged waters off Auckland, however there is no room for complacency in this fleet and Nicholson has to protect his position from a challenging Groupama 4 (Franck Cammas/FRA) who is just 0.7 nm astern and averaging one knot faster.

In third place, Ian Walker’s Abu Dhabi Ocean Racing is seven nm back and has overall race leader Telefónica nipping at his heels just .30 nm behind. PUMA in sixth has yet to make up their earlier deficit and is 22 nm adrift. 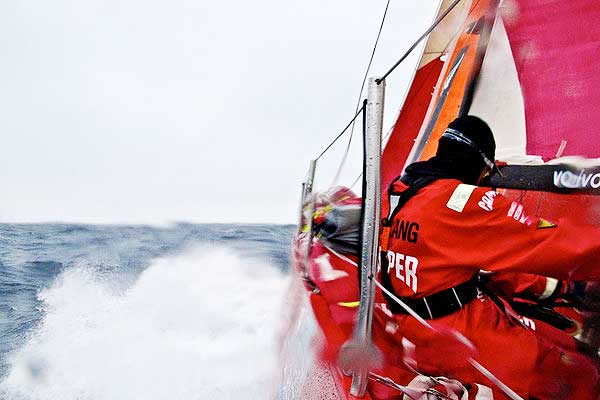 Mike Sanderson, skipper of fifth-placed Team Sanya, reported huge waves of around four metres tonight, but fortunately not accompanied by 40-knot winds. Instead, the maximum wind speed has been 17 knots. Sanderson and his men are 33 nm further south than PUMA’s Mar Mostro in the north, with tactical leverage over the fleet.

It’s been a horrible day of upwind slamming, the crew holding their breaths as the boats launch off steep waves and land with a sickening thud. Firehose conditions are back and several teams are suffering from seasickness, which does not add to the pleasure of this opening upwind stretch.