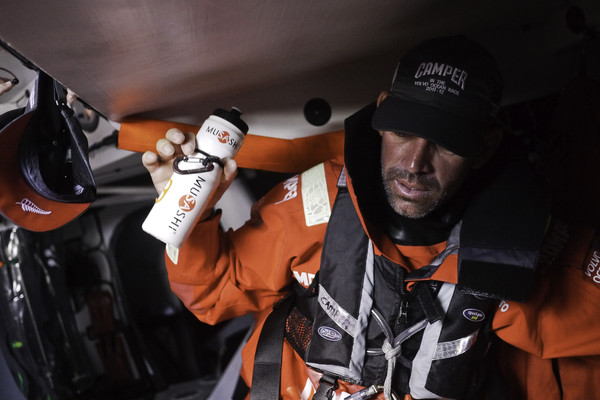 Tonight, as the Volvo Ocean Race fleet pushes on through the Indian Ocean on Leg 2 from Cape Town to Abu Dhabi, leg and overall leader Telefónica (Iker Martínez/ESP) is under threat from the backmarkers.

Although the order of play remains unchanged, northerly yacht Telefónica is facing a challenge by Groupama (Franck Cammas/FRA) and CAMPER (Chris Nicholson/AUS), the two yachts furthest to the south. Both boats are averaging speeds over 18 knots and Groupama 4 has made a substantial inroad into Telefónica’s lead, taking out 30 nautical miles in the last three hours.

By tomorrow morning it will be clear who the winners and losers are, at least until the fleet reaches the next hurdle, the parking lot known as the Indian Ocean High. This is an area of light wind that sits beyond the low-pressure system that the fleet must swerve around before turning north in search of the trade winds and, finally, the dreaded Doldrums.