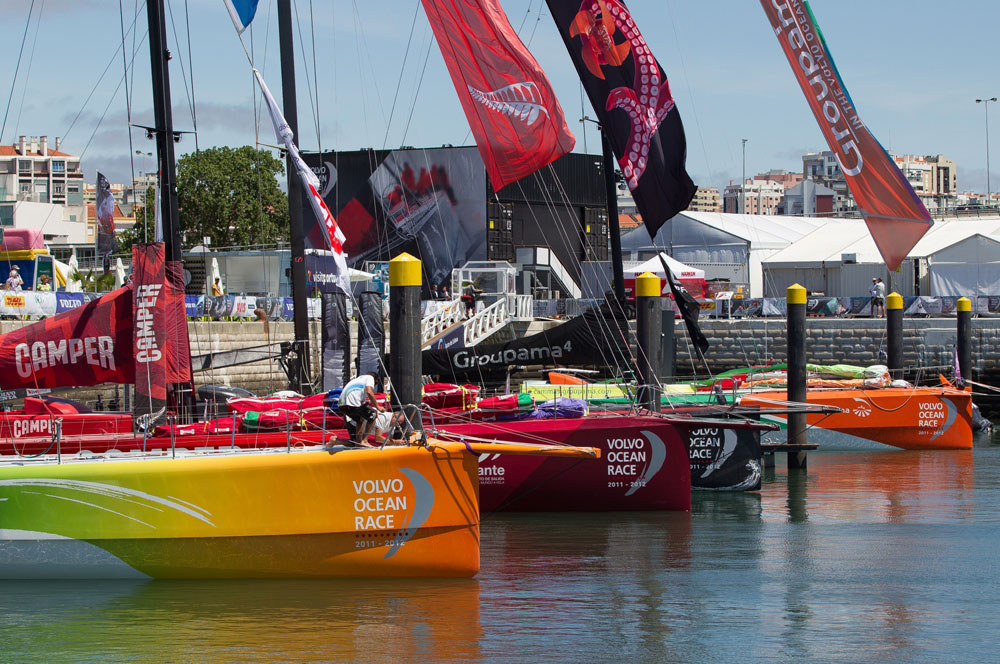 For the four teams still in contention for offshore sailing’s most prestigious prize the end game will be all about the pursuit of perfection, with less than two weeks of sailing left and no more margin for error.

As the sailors and the boats creak under the effects of seven months of battle through the world’s toughest oceans, they must somehow raise their levels of concentration a notch higher.

With two short legs and three inshore races remaining, starting with Saturday’s Oeiras In-Port Race in Lisbon, just 21 points split four teams all vying for overall victory – and any slip-up in the five remaining scoring opportunities is now likely to be extremely costly.

Legs 8 and 9 are both significantly shorter than the other offshore stages in the 39,000 nm round the world race. Lisbon to Lorient is less than 2,000 miles while the sprint to Galway is under 500 miles — and as the leg lengths decrease, the intensity ramps up in what promises to be the most thrilling finale to a Volvo Ocean Race in its 39-year history.

“Everything has to be perfect on these next two legs,” said Tom Addis, navigator on third-placed PUMA Ocean Racing powered by BERG. “On the longer legs you can afford to make some mistakes and make up for them again but these shorter legs you have to be on the right side of everything.

“You’ve only got to beat another team by one boat length, and those lengths can be determined very early on in such short legs. These legs are going to be won or lost on smaller details, so it’s going to change in intensity.”

The hour-long in-port races score at 20 percent of that rate – 6 points for first, 5 for second and so on down to a single point for sixth.

This is the 11th edition of the Volvo Ocean Race, which began life as the Whitbread Round the World Race in 1973, and never before have four teams had a realistic chance of winning this close to the finish.

After the blow of being usurped from the top of the overall rankings by Groupama following Leg 7, Telefónica are confident their drive and determination to succeed will put them in a prime position.

“Although they’re short, these last two legs will still be a long, drawn-out process,” said watch captain Neal McDonald. “Even a 500-mile race will feel full of hard yards.

“It’s about keeping the energy going, keeping that drive so everyone’s on top form all the time. To start this race you need a certain mentality that drives you to the very end. We’re all sportsmen, we’re not here just to have an adventure or to get out kicks. It’s the sport that drives us and we want to win.”

Equally determined to hang on to their new status as leaders of the Volvo Ocean Race, Groupama sailing team were banking on more than two years as a tight-knit crew paying off in the closing stages.

“These next legs are sprint races and we just have to push hard and do our best to get a couple of bullets to clinch the overall title,” helmsman Phil Harmer said. “We’ve been together two years now, we know each other so well, and it’s all about getting the job done now, staying friends, and doing the best job we can. For sure we’re in with a chance at the overall title. We’re firing, ready for the next race.”

CAMPER with Emirates Team New Zealand go into Saturday’s Oeiras In-Port Race in fourth overall – but with so many points still up for grabs they are well within reach of the overall race title.

“We have nothing to lose so we’ve just got to go out, do what we need to do, sail hard and sail fast, and look at upsetting a few people,” said helmsman/trimmer Rob Salthouse. “The winning team will be the one that goes from here and is consistent, that doesn’t make mistakes. The boat that’s on top at the moment has made the least mistakes in the last three legs and they’ve got the benefits out of that.”

With three in-port race wins under their belts and riding the high of their first offshore win in Leg 7, Abu Dhabi Ocean Racing are still chasing victory in the inshore series. Sixth-placed Team Sanya are still pursuing their goal of a podium finish by the end of the race.