Team Sanya suffered damage to part of their rigging early on Monday and are heading to a port in southern Madagascar in order to assess the damage and make a repair plan. No one has been injured and the crew are all safe.

Sanya noticed the damage to one of the stays on the mast during a sail change on Leg 2 from Cape Town to Abu Dhabi and contacted Race Management. 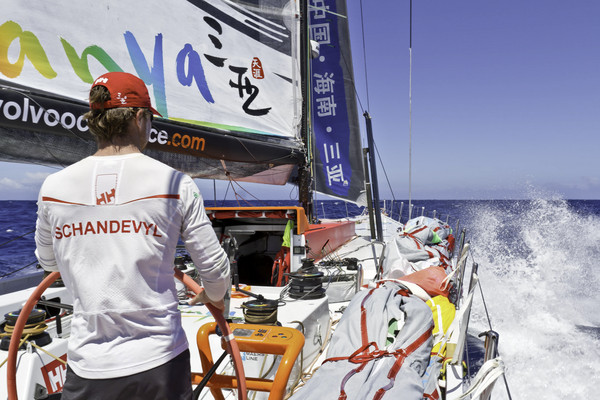 The boat is fully under control with the mast still upright and is still able to sail to shore.

“We were just out of the major breeze and changing sails from the J4 to the fractional zero and were in wind speeds of around 12-14 knots when we noticed a vital piece of rigging loose from the mast (D2),” said skipper and team CEO Mike Sanderson.

“We had been due to tack an hour earlier in the darkness but had delayed that given the conditions and for sure if we had done that, the rig would have fallen over the side. As you can imagine we are totally gutted and can’t quite believe this has happened when everything was going so well.”

While Team Sanya skipper and CEO Mike Sanderson spoke of his disappointment from being out of the running to win the leg, Team Sanya has not formally retired from Leg 2 and can still pick up points from this leg by reaching the safe haven port over the coming weeks.