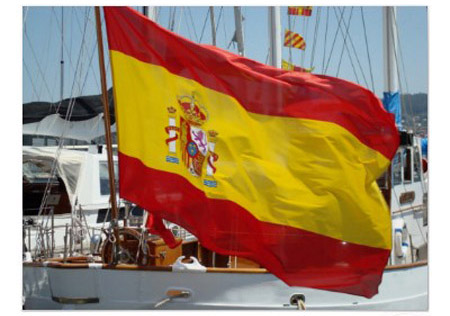 A quick browse through the Mediterranean yachting forums related to Spain shows one topic continually rearing it’s head – Spanish Boat Tax – and a continual stream of enquiries from yacht owners confused over the implementation and their obligations.

Some changes to the law were made on January 1st 2011 which exempted vessels under 12m and removed the requirement to fly the Spanish flag.

In this article we’ll look at the implications of the tax for individual EU pleasure owners rather than the situation for charters, which we will cover in a later article.

What is Spanish Matriculation Tax?

The provisions for the tax are enshrined in law 38/1992, of 28 December, on Special Tax which says that the tax is payable at the first registration in Spain of a yacht, new or second hand, of more than 12m in length with the Registry of Ships, regular or special, or, in the registry of the relevant sports federation. See the statute here

How much is Spanish Boat Tax?

This tax is equal to 12.5% of the perceived value of the boat and is payable by any Spanish tax resident (or those who have Spain as the centre of their economic interest) owning a pleasure boat longer than 12m.

Who is liable to pay Boat Tax in Spain?

You are considered a tax resident of Spain if you spend more than 183 days in Spanish waters. This is the key to understanding the law, it’s about where the registered owner spends their time. When a person who uses the vessel is neither resident nor established in Spain then no tax is payable.

So in what situations would I be affected?

Is it possible to avoid the payment of the Matriculation Tax?

In theory, yes, but this does entail taking on the full might of Big Spanish Bureaucracy so prepare for lots of queues and bizarre document requests.
When a boat owner transfers their residence to Spain (ie. they want to stay more than 183 days in Spain), they can apply to register the boat with a matriculation tax exemption.

In order to do this they must comply with the following conditions:

Are there any other Spanish taxes I should worry about?

1) Wealth Tax – tax ranges from 0.25% to 2.5% depending on the asset class and value. Whilst Spanish residents can claim generous allowances these are not available to non-residents in Spain who must pay the full amount.
2) Tarifa G-5 – a tax payable by all vessels using a particular port designed to contribute to the upkeep of the facilities. This tax is levied at Provincial level and so the enforcement is patchy, some regions choose to implemnt others do not. The tax is due twice yearly in Match and September. In Valencia, for instance, the charge is 0.0304 euro x Length (in metres) x Breath (in metres).

Own a holiday property in Spain and a berth in a Spanish marina?

If you own property in Spain but are resident for less than 183 days then you do not have to pay the tax even if your boat is in Spain all year round. However it is advisable to have Spanish Customs seal the boat when you leave in order to prove your limited usage.

If I don’t fancy that is there anything else?

Gibraltar is becoming increasingly popular. The Rock has undergone something of a facelift and marinas such as Ocean Village offer first class facilities.  The location at the mouth of the Med is ideal as you can explore the Iberian Peninsula, the North African Coast or be in the Canaries or Balearics in a matter of days.

Berth prices in Gibraltar are comparable to neighbouring Spanish marinas but the real advantage lies in Gibraltar’s low tax regime -there’s no VAT on boat sales and no VAT on fuel.

Portugal used to be a favoured option but recent increases in the Circulation Tax payable by all yachts that spend more than 183 days in Portuguese waters has increased considerably – to such an extent that there is now an annual run of boats from Portugal to Spanish Marinas and Gibraltar around the end of June so that they can avoid the tax. Failure to prove the tax has been paid when you are deemed liable can result in the confiscation of the vessel.