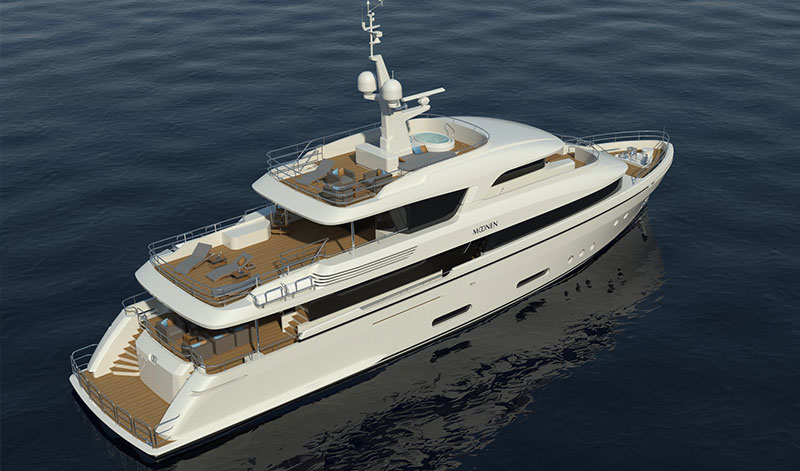 Netherlands based yacht builder Moonen have not looked back since they coined the phrase ‘Pocket Sized Superyacht’ several years ago.

Of course it’s a contradiction in terms when you are talking about a yacht of 30 metres or larger, but it basically emphasises the fact that the yard have hung their hat firmly on the 30 to 50 metre size range, and resisted the temptation to get into mega yachts of 80, 90 or even over 100 metres which many of their competitors have done. 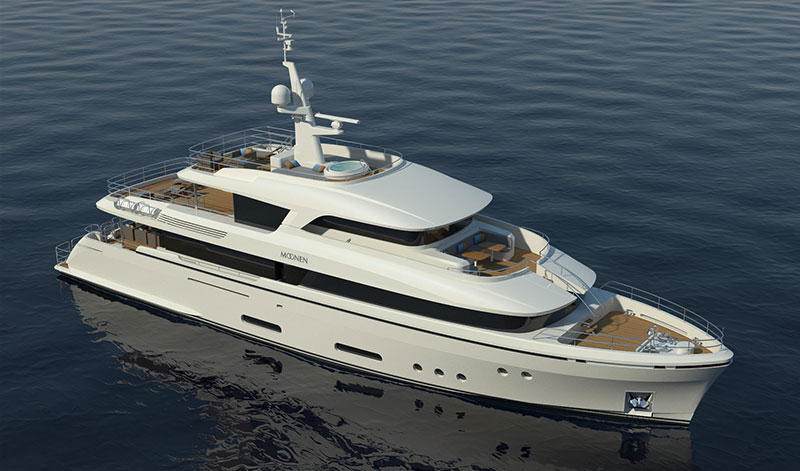 Now Moonen have embarked upon building a fresh generation of superyachts partly inspired by a their new shareholder, who has a background in steel production, and managed to convince them to build their new ‘Caribbean’ range from high tensile steel rather than the aluminium which they have favoured in the past.

To support his intentions in the most practical way the new investor has also placed an order for the first yacht in the new series, the 36.58-metre (120‘) Martinique model. This rather unusual construction material along with an ingenious hull design and Moonen’s ‘enhanced length principle’ (ELP), will allow for an impressive turn of speed, low fuel consumption and high comfort levels. 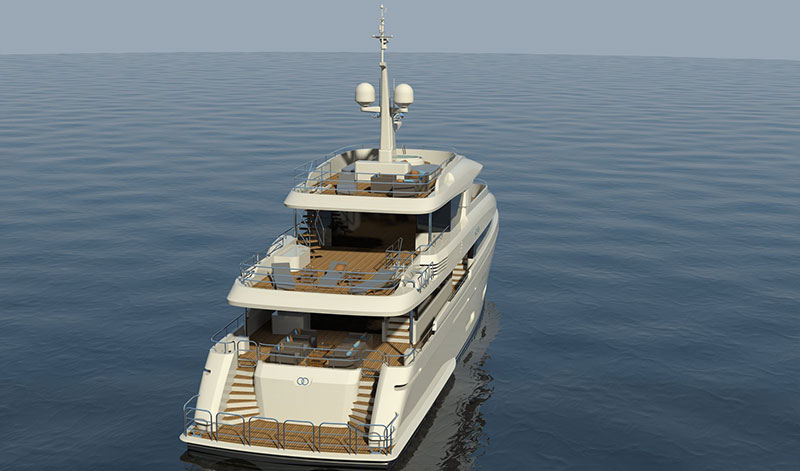 The new Caribbean series was introduced in May of this year, offering six different designs ranging from 85 feet to 125 feet. All are named after islands in the Caribbean, reflecting the fact that these Moonen quality luxury cruisers are likely to spend much of their times in warm and exotic climates.
In addition to its semi-series superyachts, Moonen also builds fully custom yachts, the most recent being the 42-metre Sofia. The first yacht of her size to carry a three-man submarine, Sofia received a Judges Commendation at the recent World Superyacht Awards. The options to adapt the interior and facilities of a Caribbean yacht are enormous, and Martinique’s owner will benefit accordingly.

Martinique will be launched in the summer of 2016, and other models in the Caribbean Series will have names such as: Montserrat (30 metres), Matica (32 metres) Mustique (36 metres) and Marquis (38 metres). 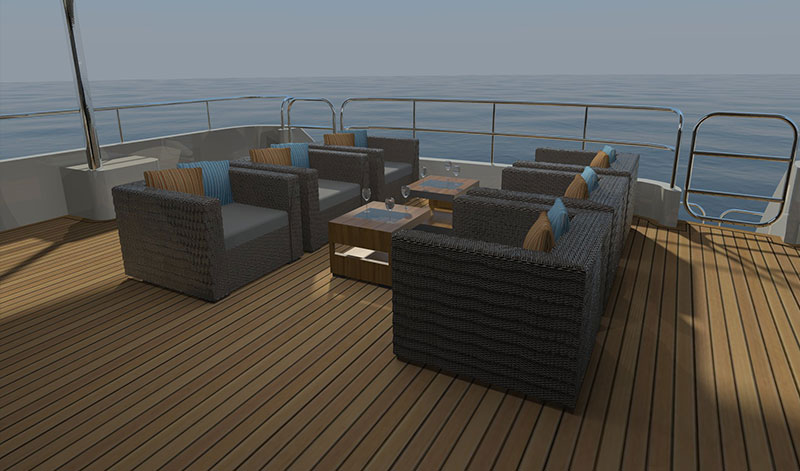 The designer of the range Rene van der Velven, said that his brief had been to focus on usable ‘gross tonnage’ space on each model, hence the reason for avoiding reference to overall lengths in the naming of the Caribbean Range.
www.moonen.com