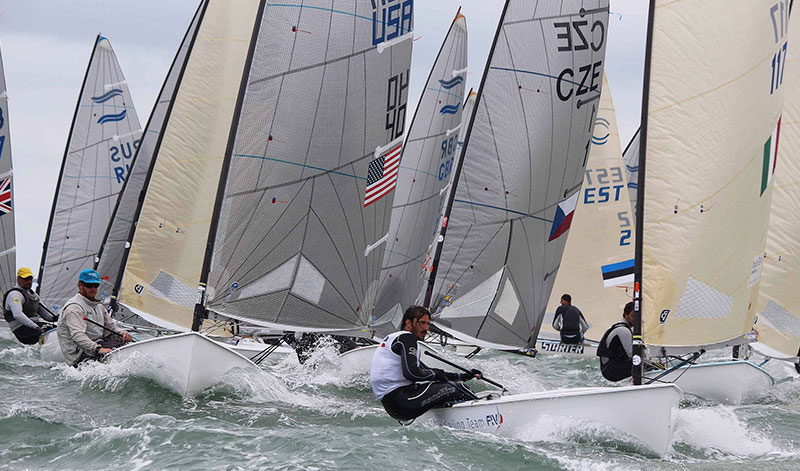 Giles Scott (GBR) wrapped up the 2014 Finn Europeans in La Rochelle, in the perfect way with a win in the medal race to take the championship by an impressive 50-point margin. The defending champion Vasilij Zbogar (SLO) took the silver, after a very close medal race, by just one point from Ed Wright (GBR) on the final day of the regatta, Sunday 10th May.

Strong winds, big waves and lots of rain featured on the final day in La Rochelle. First up was race 11, out on the sea. Bruno Prada (BRA) led round the top mark, and then there was a spectacular downwind leg in winds approaching 20 knots, and perfect rolling waves. Mark Andrews (GBR) rounded second and was soon in the lead to take the win from Josh Junior (NZL) and Deniss Karpak (EST).

Then the medal race was held in the harbour with a short, steep chop and winds around 20 knots making for some very testing and very close racing. Giles Scott (GBR) led round the top mark from Ed Wright (GBR), Jonathan Lobert (FRA) and Thomas Le Breton (FRA). 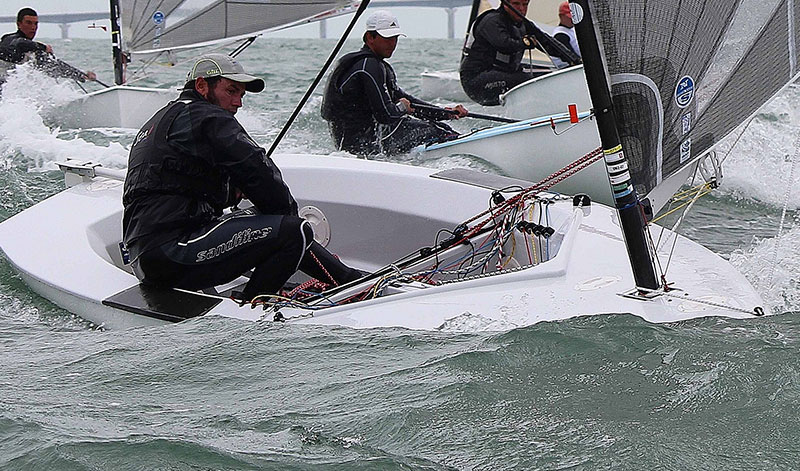 It was fantastic close racing in marginal conditions and the whole fleet screamed over the finish line in under a minute.

The tiny but very lively Finn, which has become even more famous due its the Olympic success under the skilful hands of Sir Ben Ainslie, was designed in 1949 to be the ‘monotype’ dinghy at the 1952 Olympic Games. It has remained an Olympic class ever since and is now the longest standing of any Olympic dinghy class.

Back in 1962, another famous international sailor, Paul Elvstrom said about the Finn; “In other classes, there is very little difference in speed between the good and the very good. But in the Finn, the very good can always leave distance between himself and all others. If you really love competitive sailing, want to work hard, race hard and enjoy the fruits of your efforts then the Finn Class is for you.”

As with the Finn Masters in La Rochelle in 2013, this event was hampered to a certain degree by unseasonally bad weather, but what was not in doubt was the quality of the racing and the great sailing conditions out on the sea off La Rochelle. Giles Scott has now won every event since returning to the class last year and seems to be improving event by event.