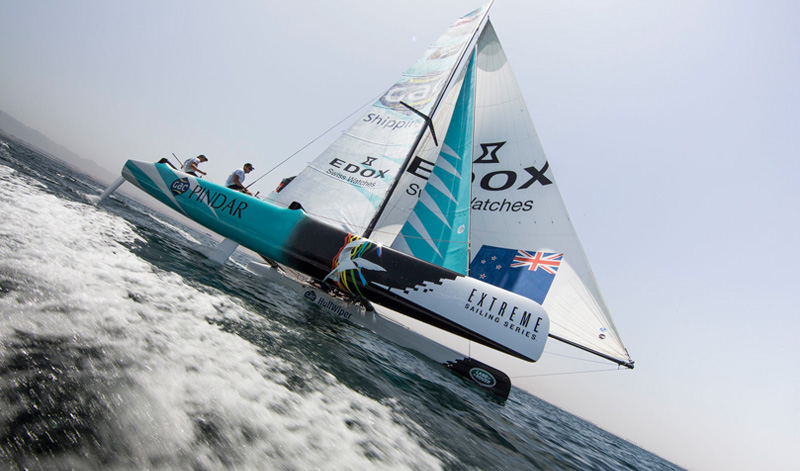 From 19-22 March, the blue waters of Muscat, Oman hosted the international Extreme Sailing Series™ – the second Act of the 2014 global tour that attracts the world’s best sailors to race on the short, sharp Stadium-style racecourses.

Fans of the Series are more accustomed to seeing 11 high-performance carbon-fibre catamarans go head to head at speeds of up to an incredible 56kph, but spectators in Muscat were treated to a different kind of show, when Gaastra Team Rider Tom Buggy (GBR) challenged the high-speed Land Rover Extreme 40 to a drag race on his kite board, to find out who would have the edge. 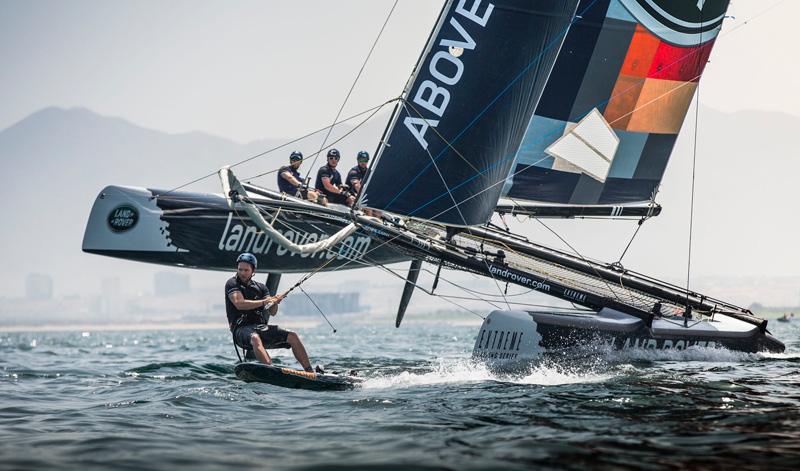 In the regatta itself it was a sweltering hot day in Muscat, Oman, for the final showdown at the Extreme Sailing Series™, where the Arabian peninsula saved the best for last, with winds that blasted across the course at a steady 20 knots, with gusts of 26, before a final race shoot out. Four teams were gunning for the top spot and there was no room for error, with just four points between them – and 20 points on the table for the taking.

The day’s racing was all about brute power and strength, requiring a huge shift in mindset for the teams, who had raced in light breeze all week. The fleet of 11 Extreme 40s and their 55 elite level crew members powered off the start line, blasting to the windward mark and wrestling their boats around the course, before unfurling their gennakers and flying downwind, trying to maximize power and speed.

But, in the end The Wave Muscat team took the overall victory and cemented their good performance in the Act 1 Singapore regatta, to take the lead in the series so far, with a narrow one- point margin over the Swiss Alinghi team. 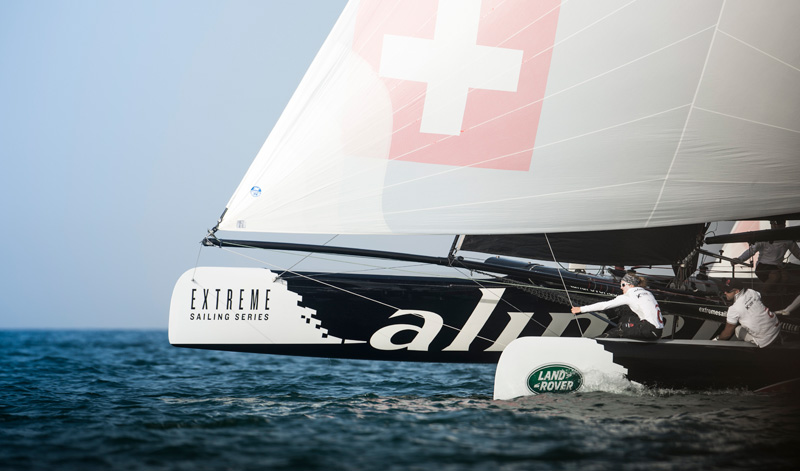 And, as if to prove that the tactics required in this type of yacht racing can baffle even the best in the world, Ben Ainslie’s JP Morgan (BAR) team are languishing in 9th position out of the 11 competitors with 6 points compared to Muscat’s 19 points.

There is no doubt that Sir Ben won’t be taking this lying down, and will be thinking and planning hard with his team members about how to gain more points, when the Extreme 40 fleet moves to China’s ‘Olympic Sailing City’ Qingdao from 1st to 4th May for Act 3.  Fasten your seatbelts!