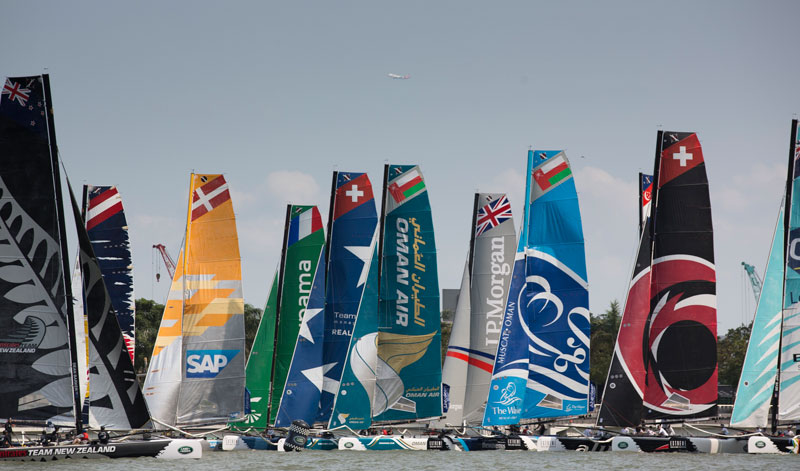 You can’t have a much more thrilling finish to a yacht race than the one that unfolded in front of 30,000 spectators, in Singapore’s famous Marina Bay on Day 4 / Act 1 of the Extreme 40 World series.

It was down to the wire for second and third place, with a penalty in the final race for Emirates Team New Zealand ditching their chances of a podium finish. 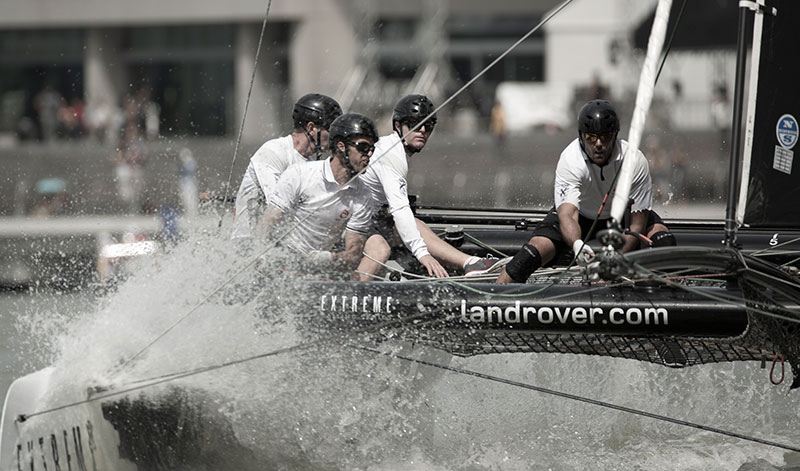 While the regatta in Singapore may have gone to the old guard, the new teams pushed them the whole way, with eight of the 12-boat fleet sailing to race victories over the course of the last four days. While some of the new faces struggled for consistency, they all showed moments of winning brilliance, and the battle mid-leaderboard was fierce, with Groupama sailing team and their multihull expert skipper Franck Cammas, who last competed in the Series in 2010, clinching fifth place from the experienced hands on Red Bull Sailing, by just four points. 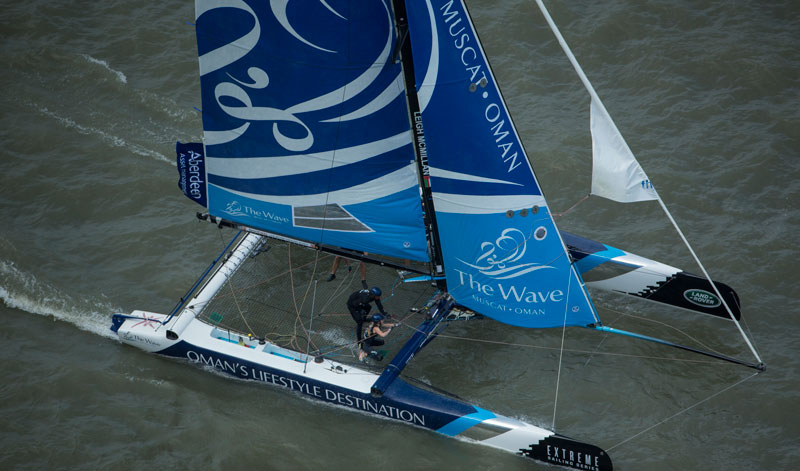 With Act 2 taking place in Muscat, Oman from 19th to 22nd March, it’s all to play for, and you can be sure, that with the huge sailing talent and fighting spirit in Ainslie’s team, they won’t be thinking of anything but improving significantly on their Singapore performance. For sure they will be hoping for slightly more predictable wind patterns than they experienced within the skyscraper confines of the Lion City. The towering contours of Singapore’s Central Business District produced gusts from all directions, as the fresh tropical afternoon breezes ricocheted around the buildings.

Internet TV coverage on YouTube provided some great live coverage, with detailed analysis allowing even the ‘sailing uninitiated’ to understand what was happening on the racecourse.