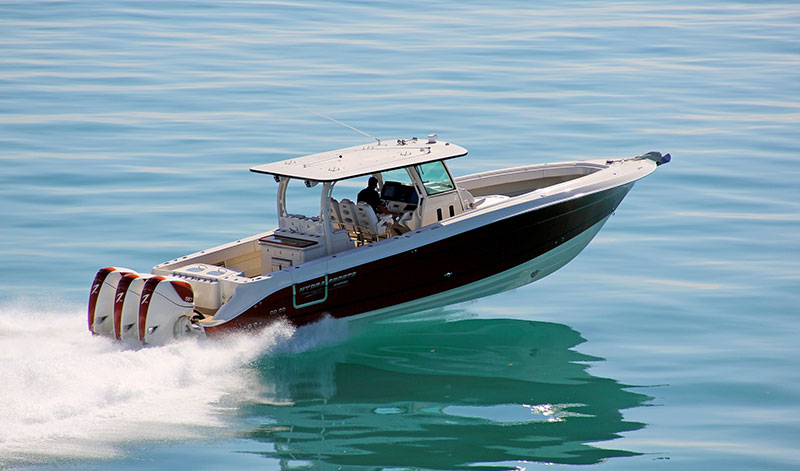 The unveiling of Seven Marine’s 557CR and 557GT outboard engines at the 2014 Miami International Boat Show certainly exhibited new advances in outboard technology. At the time of their launch they are the largest and most powerful commercially available outboard motors in the world.

Seven Marine say that the 557’s strike the perfect harmony between technology and artistic design, and it’s hard to argue with that when you look at the revolutionary aesthetics embodied in their appearance. 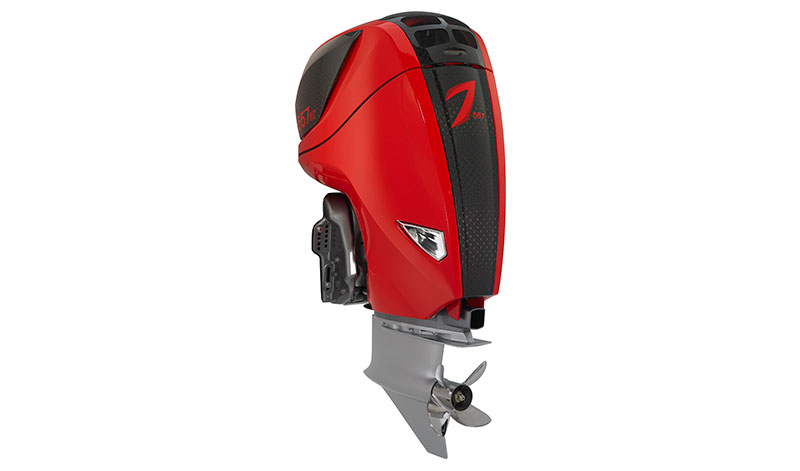 The new 557CR is the first of its kind, a yacht-caliber outboard. Designed for boats ranging from 9 to 18 tons, the 557CR offers smooth operation, a more efficient cruise, and thrust capabilities previously only available in inboard technology. The 557GT is said to push the performance envelope with new geometries specifically designed for higher speeds and greater flexibility in triple and quad applications.

At the introductory press conference in Miami, company president Rick Davis one of the engineering brains behind Seven Marine’s extraordinary product developments, said that the 557 GT had been conceived to meet a customer demand for those boaters that wish to go faster than 85 miles per hour!

At the heart of the 557 lies a supercharged Cadillac LSA engine, a 6.2-litre all-aluminum, multi-point fuel-injected V-8. It also stands as the only outboard with a closed cooling system. And, as any owner of direct ‘sea-water’ cooled outboard motor will tell you, this is a huge advantage in preventing internal saltwater corrosion.

Thrill seekers looking to harness excessive amounts of marine muscle power can hang up to three of these enormous power plants on the stern of their sports boat, as long as they have the $270,000 to buy the triple package which includes joystick controls.