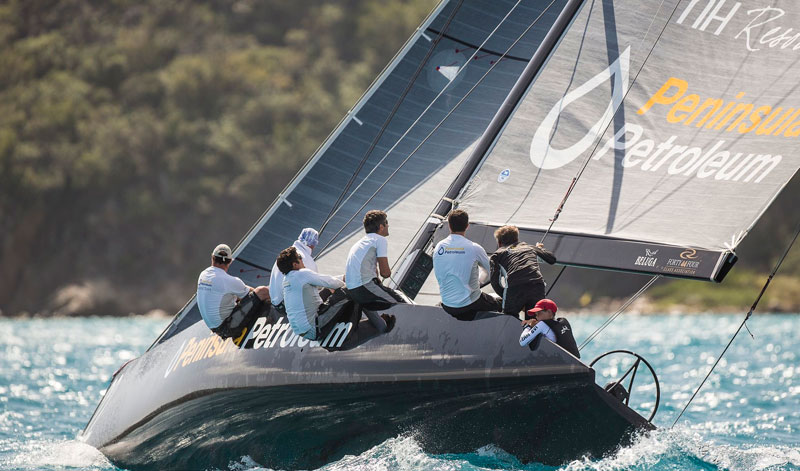 One of the worlds premier sailing destinations, the British Virgin Islands (BVI) comprises of an archipelago of more than 25 islands set amid the turquoise waters of the central Caribbean Sea. Virgin Gorda is the third largest and most populous island in the BVI’s.

The racing took place inside Virgin Gorda’s famous North Sound, a wide sweeping expanse of sea surrounded by a beautiful rugged coastline, featuring rocks and islets with plenty of unpredictable wind shifts to test even the best skippers and tacticians.

The RC44 is a ‘One Design’ yacht, which was conceived with the idea of bringing together the most dedicated players from the worlds of sailing and global business, enabling amateur owners to race alongside the biggest names in the sport.  From a logistics standpoint the RC44 lends itself to a global tour concept by conveniently packing itself into a 40-feet container for transportation by sea freight.

The Gibraltar based team ‘Peninsula Petroleum’ had led the RC44 Virgin Gorda Cup since day one, and for the final day all they needed to do was stick with the same format. But the day didn’t go to plan and despite their best efforts, they allowed Chris Bake’s ‘Team Aqua’ to snatch victory on the final race of the event. 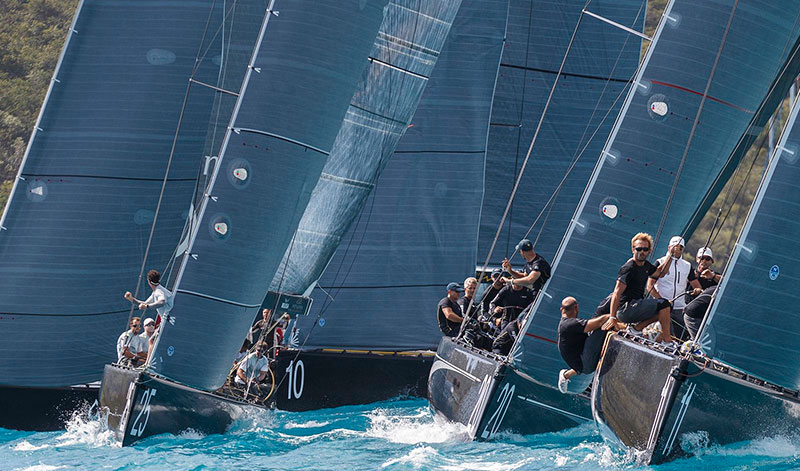 As the fleet got underway Peninsula Petroleum were given a red flag penalty off the start line of the day’s opening race, putting them to the back of the fleet. Vasco Vascotto calling the shots for John Bassadone got the team back in touch with the fleet by the second beat. But a port-starboard incident with Gazprom Youth Sailing Challenge saw the Russian team head back into the dock with a gaping hole in the side of their RC44 and retire from racing.

Peninsula Petroleum fitted a new crash box to their bow and got back onto the racecourse, but now counting a DSQ (black flag disqualification) and three extra penalty points. Going into the final race Team Aqua had a four-point lead over Peninsula Petroleum with Bombarda and Synergy tied five points adrift.

So, overall winners Team Aqua with two new crew members this season seem to have gelled straight away, and owner Chris Bake plans to keep the close knit team together for the whole season.