One of the highlights of this year’s London Boat Show, which ran from 4th to 12th January, and has been suffering a bit of an identity crisis in recent years, was the strong showing by Sir Ben Ainslie and two of the high performance catamarans that he has been sailing. In the entrance foyer was the Extreme 40, which he intends to race competitively in an exciting world series this year, with sponsorship by JP Morgan in a deal that was formally announced at the show. And on their joint stand in the main hall was the AC45 flying machine that was the ‘one design’ catamaran raced in the Americas Cup World series, the precursor to the AC34 finals in San Francisco. 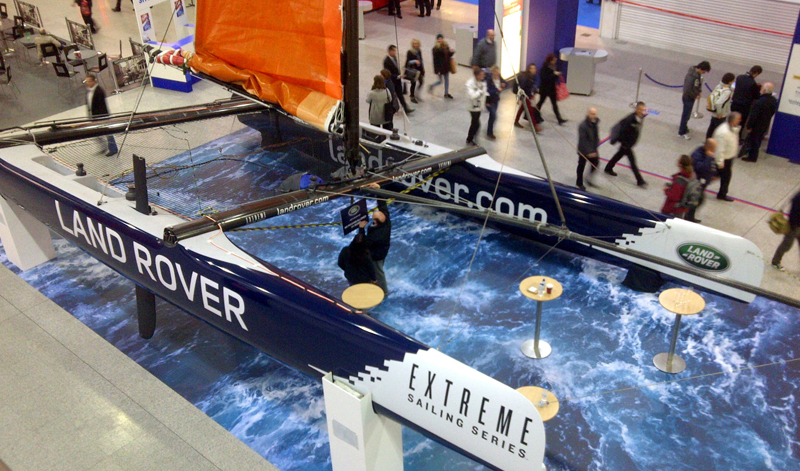 Anyone who has seen the Extreme 40’s in action will vouch for the pure adrenalin rush that they create for their crews, and for the exciting viewing for spectators when they are raced close enough to the shore. The series kicks off in Singapore and why not? The Lion City has already made its name for hosting a fantastic Formula 1 motor racing Grand Prix every year, so where better to get the public interested in the Extreme 40 World Series!

Also revealed were three of the four sailors who will compete with Ainslie in the Extreme Sailing Series 2014: Team GB teammates and Beijing Olympic Gold Medallist’s, Paul Goodison and Pippa Wilson, alongside bowman Matt Cornwell, a previous Match Racing World Champion with Ainslie. The final crew member will be revealed before the Singapore event, Act1,  which will be from 20th to 23rd February 2014. 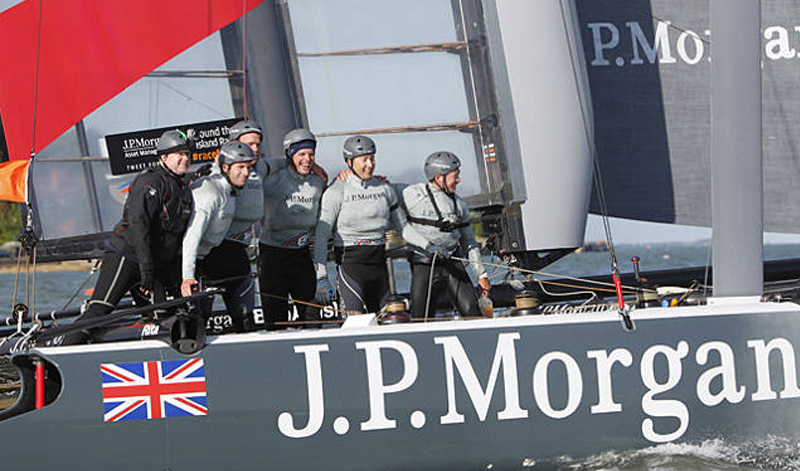 In addition to this, J.P. Morgan also announced at LBS that their title sponsorship of the iconic Round-the-Island Race would continue to reside with J.P. Morgan Asset Management for a further two-year period up to and including 2016.

The same boat design skippered by Ainslie and raced off the Isle of Wight in June last year, as the JP Morgan BAR AC45, smashed the Round-the-Island Race multihull record, which had stood for 12 years. The Ben Ainslie Racing crew crossed the line in a final time of 2 hours 52 minutes 15 seconds, wiping 16 minutes and 8 seconds off the previous best time!