An iconic 15m day boat design with the famous V12 Rolls-Royce Merlin Engine at its heart was launched in the flagship HR Owen Rolls-Royce showroom.

The Aeroboat’s exterior design is inspired by the legendary British Supermarine Spitfire  World War II fighter plane which it described as ‘one of the world’s most iconic aircraft.’

A spokesman said: ’The fluid lines of the original Spitfire have inspired the yacht’s design.  “And just like the Spitfire, the Aeroboat is based on substantial British heritage. It was designed in Britain, each model will be individually created with carbon fibre and lightweight wood veneer materials sourced from Britain. And it will be built in Britain at a yard on The Solent.”

The Aeroboat is UK boat designers Claydon Reeves’ answer to anyone seeking a boat combining speed and contemporary elegance; a heady combination of old-school romance and modern-day technology. 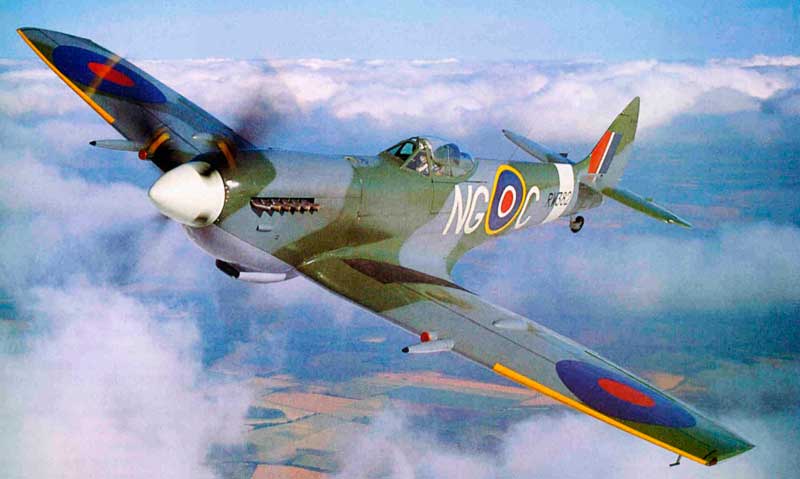 The supercharged Rolls-Royce Merlin V12 forms the heart of this concept.  This engine was designed over 80 years ago and has been installed in many iconic aircraft, it’s power output varying between 1100hp and 2500hp depending on the application.  Our engine has been detuned to deliver a reliable 1500hp that, together with a bespoke gearbox and final drive, allows the Aeroboat to achieve speeds in excess of 50 knots.

The exterior design was inspired by the graceful lines of the Spitfire – the aircraft that originally housed the Merlin V12 – combined with modern automotive detailing.  Subtle clues to this inspiration can be seen in the design of the stern, echoing the wing’s trailing edge, the sweeping tail, and the authentic air intake scoop. Despite the retro influences this is still a distinctly contemporary yacht using carbon fibre, Kevlar and lightweight wood veneers in its construction. 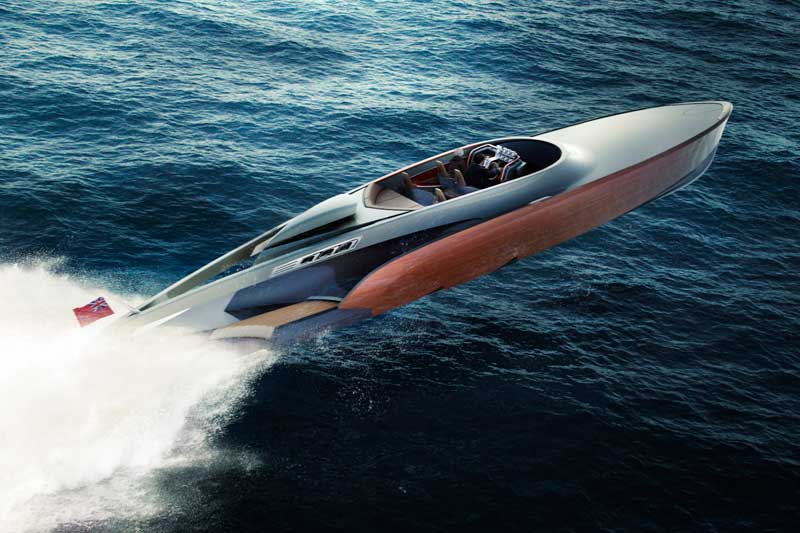 The cockpit can be configured to the client’s wishes, comfortably accommodating four to seven passengers. The forward seats are a unique shock-mounted design inspired by the Spitfire landing gear. The console can be laid out with analogue gauges, touch-screens or a combination of both for command and navigation. Dominant features of the helm station include the aircraft-inspired throttle and switchgear.  Below decks the forward cabin includes a double berth and a small bathroom.  Finishes and fittings can be specified to the individual owner’s exact wishes.

A spokesman for Claydon Reeves said: ’The Aeroboat is one of the fastest and most elegant small yachts ever produced.

‘It is perfect for anyone wanting to breakfast in St. Tropez, lunch in Antibes and dine at night in Monaco.’ This is indisputably not your average yacht tender and of course it could be carried on a superyacht.

Claydon Reeves plan to build a limited edition of ten Aeroboats tailored to the personal requirements of each client – from cockpit layout and interior trim to engine specifications and exterior finishes. 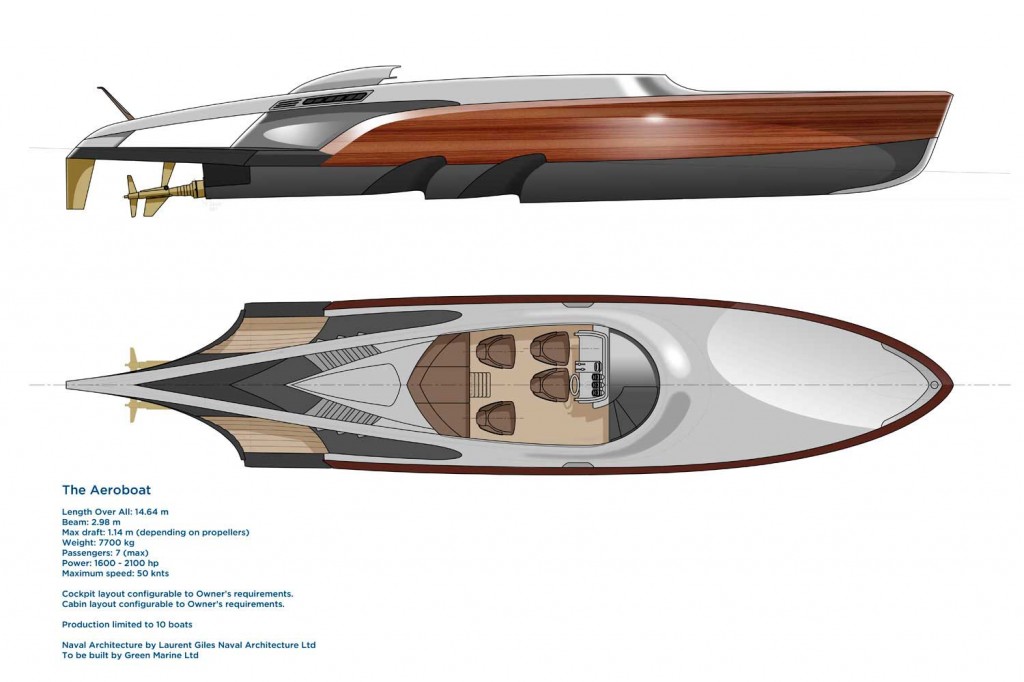 To be built by Green Marine Ltd