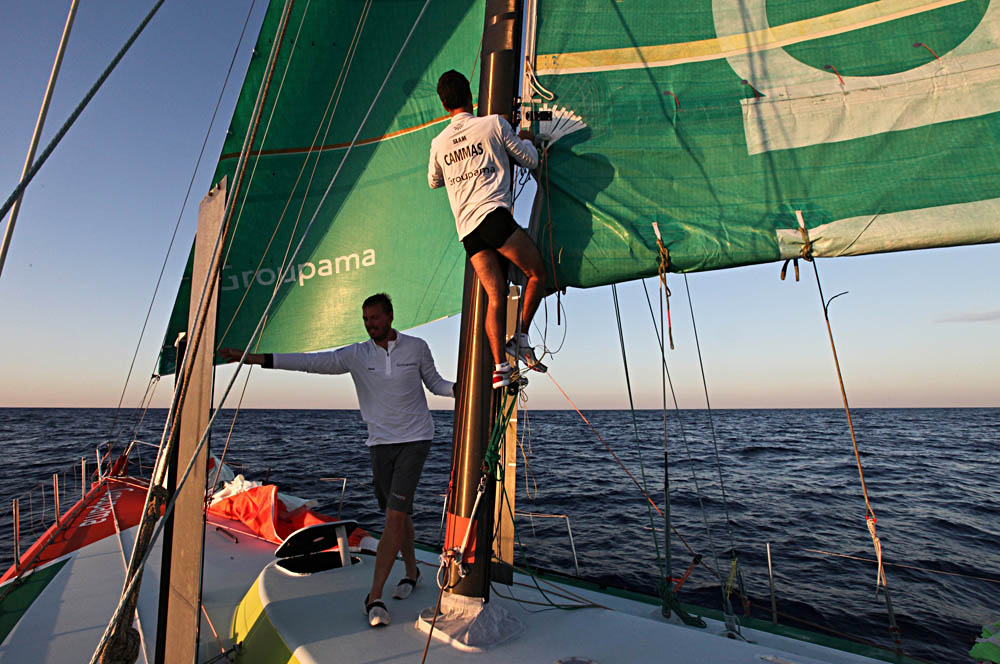 Groupama sailing team have less than 150 nautical miles standing between them and a podium position that will keep them in the running for overall race victory, while Chris Nicholson’s equally ambitious CAMPER are feeling a chill as they make their trek south towards Cape Horn.

Groupama skipper Franck Cammas and his men on board the damaged Groupama 4 have been averaging 9.05 knots over the past day, covering 217.2 nm in 24 hours.

Helmsman/trimmer Charles Caudrelier said that it was frustrating to go against the team’s grain and race at a reduced speed, but he admitted it was better than the alternative.

“It’s a bit frustrating,” he said. “You want to arrive quickly for your holidays, but it’s way less frustrating than acting like a fool, breaking your mast and getting one more week of going back to the land to repair, before leaving again.

“We have accepted our fate now. We are lucky enough to be able to finish in third place and with a jury rig that’s a huge opportunity.

Groupama will close to within 20 points of overall leaders Team Telefónica when they complete the Leg 5 course in third place. 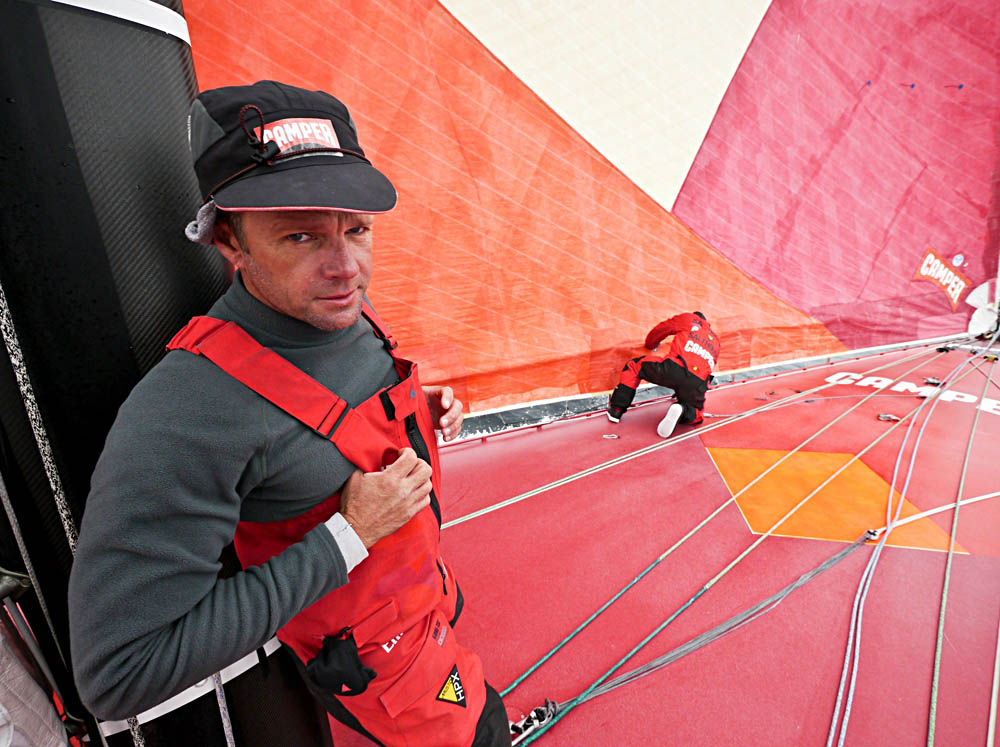 CAMPER with Emirates Team New Zealand were donning their thermals on Monday as they headed due south down the Chilean coast towards Cape Horn.

Nicholson said that without a competitor even in the same ocean it was a lonely race but the team were remaining motivated by the promise of 15 points that will move them back up third place and within 28 points of Telefónica.

“The incentive for us here is to still get a fourth place and get valuable points,’’ he said. “It’s not as bad or as hard as people think. Certainly the next eight days we’re looking at to get to Itajaí, they’re a lot easier than the eight or nine days it took us to get to Puerto Montt when we broke the boat.”

The threat of a giant low pressure system that is due to rise from the Southern Ocean later this week is also motivating the team.

“We’ll still have 30-40 knots, so it’s still very windy in anyone’s books,’’ Nicholson said. “It’s all running conditions, and then once we’ve passed Cape Horn there’ll be a lot of tight reaching. But all in all it’s all looking pretty good. We need to get around the cape reasonably fast, there is a lot of breeze coming, so hopefully we can stay in front of all that.”

CAMPER have more than 2,400 nautical miles remaining and are averaging 10.15 knots with a 24-hour distance of 243.68 nm.?The team resumed racing at 0441 UTC on Sunday after suspending racing to fix structural damage on April 3.

Abu Dhabi Ocean Racing were due to leave Puerto Pontt by ship on Monday after reluctantly accepting they could not repair their boat in time to complete the leg.

They hope to continue their pursuit of points in the Itajaí In-Port Race on April 21.