Moderating conditions could not stop Groupama and PUMA increasing their lead on the fleet on Monday, as Team Sanya confirmed they will make their return to the Volvo Ocean Race in Miami.

Despite a decrease in wind strength, average boat speeds were up for the top two, who at 1300 UTC were separated by 46 nautical miles and sailing at around 20 knots.

Navigator Tom Addis confirmed the PUMA Ocean Racing powered by BERG crew had switched from surviving to racing as the wind and sea state became more manageable, and said they were looking for a way to close down Groupama sailing team before Cape Horn.

“In the last day or so we have transitioned from survival mode or keep the boat in one piece mode to going quickly,” Addis said. “We are back sailing to our numbers and the reduced sea state is a big part of that.” 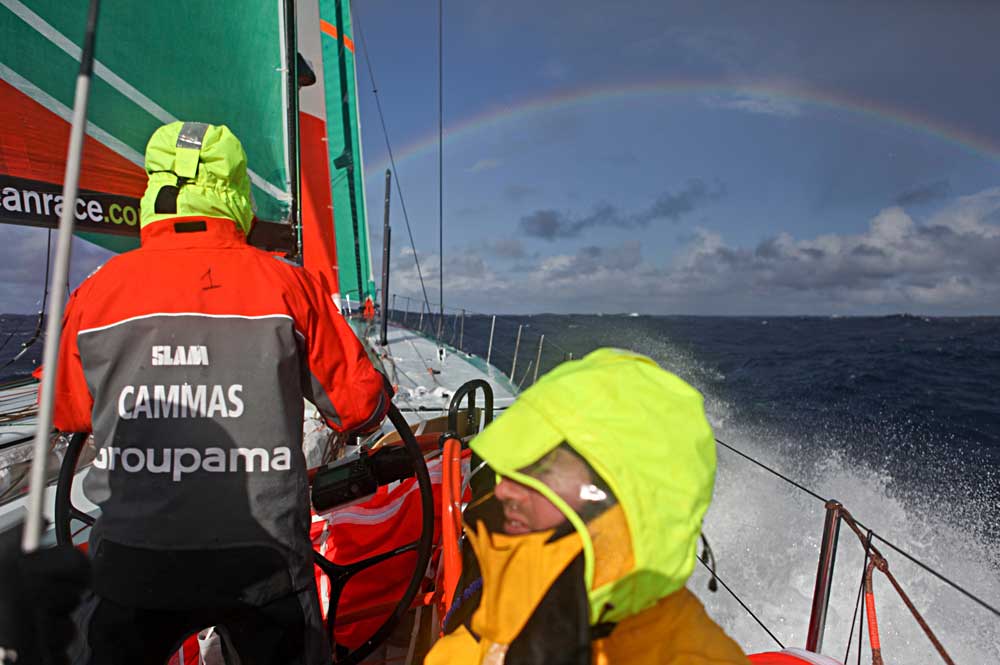 Addis said he expected a return to windier conditions in the next 24 hours but was hopeful PUMA would avoid the worst of the next Southern Ocean low.

“We’ll be back to bigger numbers soon,” he said. “I think we are going to be behind the main pressure but there will be a bigger breeze and the waves will build up again.”

Addis estimated PUMA could be at Cape Horn within three days, at which point more tactical options would open up.

“The ice gate means there are few tactical choices right now but there will be more as we get away from the exclusion zone,” he said. “There will be plenty of options after the Horn for sure.”

Team Telefónica watch captain Neal McDonald said the overall race leaders were “battling on” in third place despite nursing a damaged bow. At 1300 UTC today they were 236 nm behind the leaders.

“We have had two guys in the bow for what seems like a week,” McDonald said. “We are trying to make sure we don’t do any more damage to it. We could push harder but we think that could lead to further problems.

“We are going to keep going as it is to see how it all looks. Time will tell. It looks stable at the moment and at the pace we are going we are in good shape. We will just have to see how it fares as the next few days unfold.”

On leg leaders Groupama, Media Crew Member Yann Riou said a check of the boat ahead of stronger winds expected in the next 24 hours had revealed no problems.

“Brad (Marsh, bowman) climbed up the mast this afternoon for a routine check. Nothing to report there or in the rest of the boat’s systems. Groupama 4 in good shape; only a couple of small leaks which require persistent bailing.” 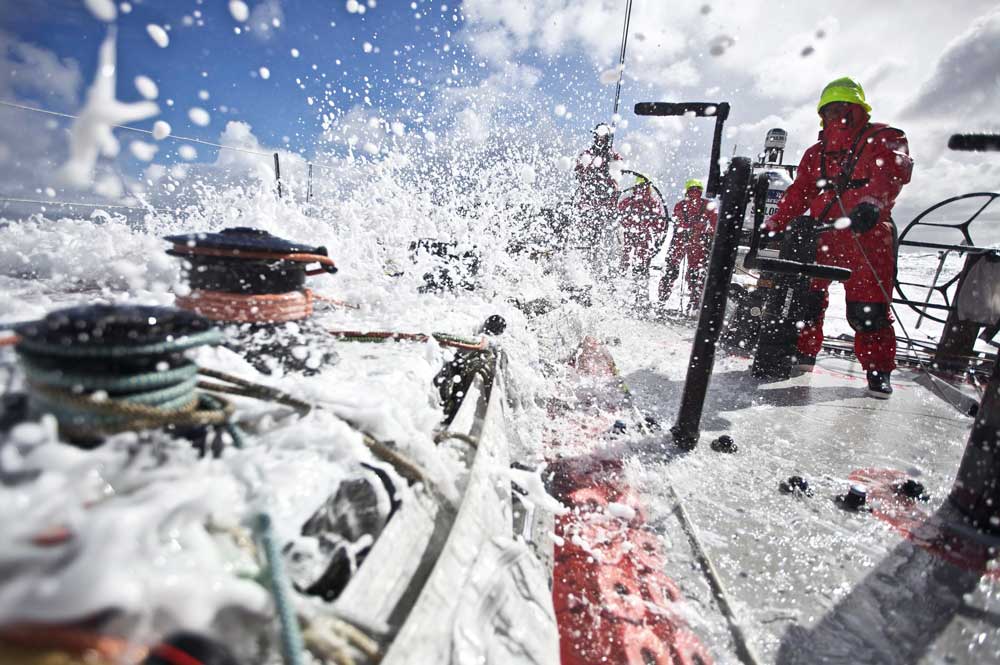 However, on CAMPER with Emirates Team New Zealand — already heading for a repair pit stop in Chile — the news was less encouraging with additional damage to their bow meaning more hard graft for an already exhausted Rob Salthouse.

“Last night as we were sailing along trying to keep the boat slow and under control we managed to pop the starboard longitudinal — the fourth big blow we have had in a row.

“Rob Salthouse deserves a knighthood. He has basically been working in the bow completely covered in carbon dust for four days now with the slightest of sleep between fixing things and them breaking again.”

Skipper Ian Walker said the huge gap had not fazed the Emirati team who still believed their chance could come.

“There is a long way to go and anybody can have problems between now and the finish – including us,” Walker said. “This leg could still be all about who makes it to Itajaí in one piece.”

Team Sanya will make their return to competitive action in Miami following the rudder and hull damage that forced them to head back towards New Zealand, with the team reluctantly announcing on Monday that all options to get the boat back in the race in Brazil had been exhausted.

They will miss Leg 6 and return for the Miami In-Port Race on May 19 and the start of Leg 7 to Lisbon on May 20.

Sanya are due to reach Tauranga in New Zealand on Tuesday evening, and they will immediately prepare the boat for shipment to Savannah in the United States, departing March 29 and due to arrive April 27.

Once repairs have been completed in Savannah the team will sail the boat to Miami to re-join the fleet.