Alpari, a global association of companies that provide online foreign exchange, precious metals and CFD (contract for difference) trading services, has been named as the new title sponsor of the World Match Racing Tour in a five-year multi-million dollar deal. 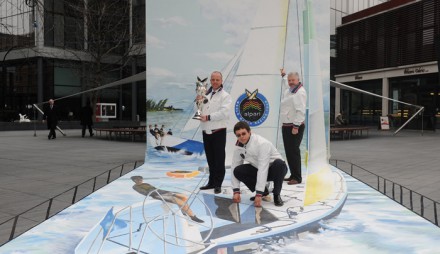 With a presence in 20 countries across the world, the Alpari group employs more than 630 people who look after 170,000 active accounts. Monthly trading volumes are in excess of US$210 billion and are increasing quickly – the company is only 12 years old.

Alpari’s Chief Operating Officer David Stuart explains why the Tour is a good match for his fast-growing company. “Sailing hits a global audience including some areas in which we are interested in expanding our global branding, in particular Asia, America and Europe.

“The Tour and Alpari have so much in common we’ll both be strengthening our brands by entering into this partnership. The Tour appeals to an international audience and specifically to people who are ambitious and self-motivated. These are essential attributes of successful traders so Alpari’s services should excite them,” Stuart added.

The Tour is increasing the number of events to bring match racing and its star names to both traditional and emerging sailing countries. The 2012 calendar includes a new event, the Chicago Match Cup in the USA, to complement the other regattas in Germany, Korea, Portugal, Sweden, Switzerland, France, Bermuda and Malaysia.

To mark the start of the partnership a unique 3D street art project, recreating a match racing scene of two boats going head to head in a winner-takes-all competition, was revealed in the City of London, with passing commuters having their photos taken “on board” one of the boats.