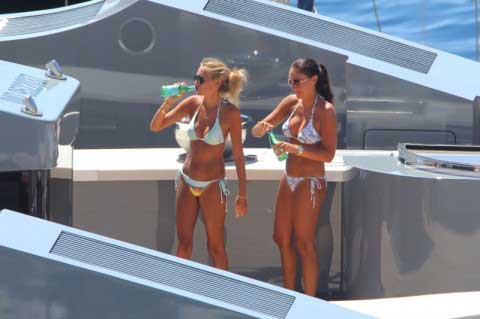 It looks as though the celebs and beautiful people that spend the summer sailing around Italian waters may have to find an alternative destination as punitive new taxes threaten to destroy the Italian marine industries.

As the financial crisis continues to engulf the world’s economy various governments have been looking at ways of raising extra finance by increasing the duties and taxes on the ownership and use of yachts and motor yachts. Countries such as China have moved to introduce specific taxes on yachts based on their length, whilst other states such as Croatia (the Sojourn Tax) base their charges on the length of time a yacht visits the area.

In Greece they’ve been using Google Earth to identify an estimated 2,500 state of the art pleasure boats moored around Athens which have never appeared on tax returns. In Spain the hated Matriculation Tax continues to be enforced despite EU rulings to the contrary and now the new wealth tax will further penalise owners. 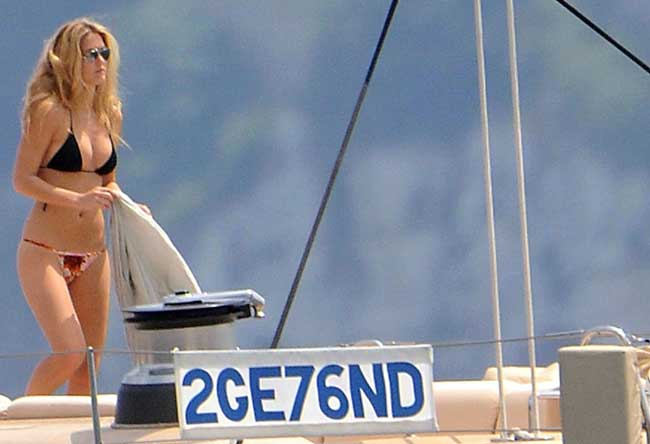 But it is the new tax on yachts and berths in Italy that has stunned observers with many predicting that it could have a destructive impact on the marina services and support industries which currently employ over 100,000 people directly and 250,000 indirectly. Data shows that when such taxes were first implemented in Greece in 2008 they led to a 50% drop in pleasure craft, not including the foreign yachts that chose berths in Montenegro, Croatia or Turkey to avoid the tax.

According to the president of the Greek Marinas Association, Stavros Katsikadis, ‘over the past three years, the Greek state has missed out on revenues amounting to at least 120 million euros because of the slump in activity in the yachting sector.’ However, he adds, ‘this downward trend made its appearance with the enactment of Law 3790/2009, which imposed a special tax on private and professional pleasure craft, through which more emergency taxes were levied on boats of over 10 meters in length.’

At present the Italian Tax on berthing will come into force on May 1 2012 and the charge will be levied on every vessel over 10m in length and they will have to pay a daily tax (Imposta di Stazionamento) which will be determined by the size of the vessel and the amount of time spent in Italian waters. For example, the tax for a 60m+ yacht is said to be €703 per day.

Many of the Mediterranean charter fleet spend much of the summer cruising in Italy so we can only think that this type of tax will force them to go elsewhere. The tax will be collected by the Customs Authorities where the vessel is berthed or anchored. If it isn’t paid, sanctions may be as much as 200-300% of the initial amount due.

Efforts are ongoing to persuade the Italian Government to change tack and instead impose charges based on ownership rather than usage. This would mean higher charges for Italian registered boats but would not cut off the flow of visiting yachts so important to the summer season economy in many Italian coastal resorts.

On the forums the reaction to the tax has varied between bewilderment and anger. Yachting and Boating World Forums has a specific thread devoted to the subject. One contributor ‘mikef’ commented ” Yup, thats a very quick way to destroy the marine industry in Italy”. Meanwhile ‘jfm’ commented that “Expect marinas in France near the border (Cote D’Azur) to fill up and rise in value, especially for +23m berths.”

But the big question is quite where all the boats fleeing the new charges and taxes in Italy will go? Whilst Croatia and Montenegro are close and currently outside the EU they are both already experiencing shortages of berths. Indeed Montenegro is developing new superyacht berths to cater for the demand. More convieniently located and with no boat ownership tax is Gibraltar (where there’s also no VAT on fuel) which could surprisingly become the chief beneficiary from the changes in Italy as charter boats and crews choose to spend their time here rather than pay the exorbitant Italian taxes.