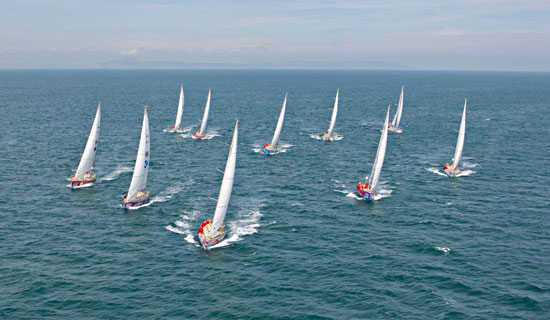 On July 31 last year 180 amateur sailors set sail from Southampton on a around the world race for 10 identical 68ft yachts, many of them sponsored by ports they will visit around the globe. The Clipper Round the World Race pitches secretaries in with teachers, van drivers, surgeons and builders. All boats are identical and have equal budgets, so no one has a head start – success in the race is down to teamwork, skill and dedication.

By the time the fleet reached Singapore around half-way through the adventure, a clear pecking order had become established at the front of the fleet with ‘Gold Coast Australia’, skippered by Olly Osborne, winning six of the seven legs sailed so far. 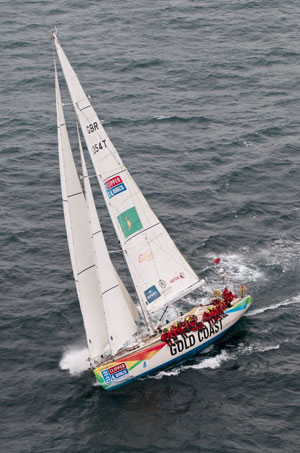 However, ‘Visit Finland’, ‘Welcome to Yorkshire’, ‘New York’, ‘Singapore’ and ‘De Lage Landen’ all scored podium finishes in at least one leg. At the half-way stage the Finnish team held second overall, seven points ahead of ‘De Lage Landen’, while a further four teams were within 10 points of an overall podium position.

Highlights so far have included crossing the equator under sail, the excitement of making a new landfall after thousands of miles at sea and the regular six hourly analysis in which each boat compares its performance against others in the fleet.

From Singapore the fleet will sail into the northern hemisphere winter for a stop over at the Chinese port of Qingdao, host of the sailing events at the 2008 Olympics. Next will be a crossing of the north Pacific Ocean to San Francisco, before returning to warmer climes for a transit of the Panama Canal.

Before leaving the Americas there are further stops in New York and Nova Scotia, followed by Londonderry in Northern Ireland and a final leg, around the top of Scotland, to the ultimate finish in the Netherlands. 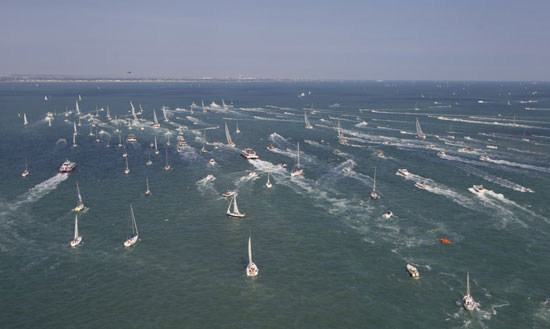 In total 450 crew, aged from 18-72 and representing more than a dozen nationalities will take part in the 2011-12 race. A new fleet of 72ft performance yachts is currently in build in preparation for the next edition of the race in 2013-14.