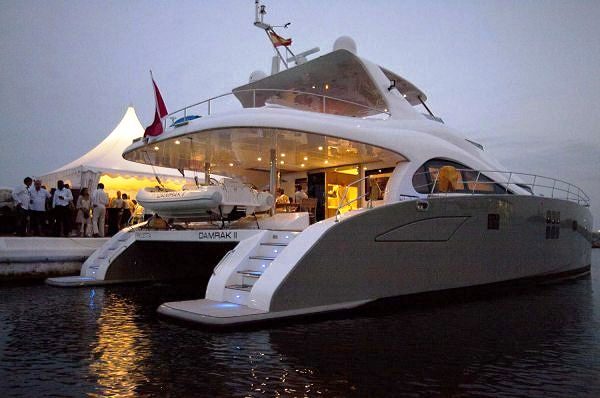 Damrak 2, a 71ft vessel operated by Sunreef Charters, popped into Puerto Banus for a glitzy cocktail party after departing Gdansk on her maiden voyage. Guests to the party greatly admired the clean slick lines of the vessel which have made it one of the top draws on the Mediterranean boat charter market.

The event was a combined networking, property sales, boat show and tour of the area. Guests, who had flown in from all around the world to take in the laid back atmosphere, were treated to live music, an array of exotic cocktails and classic Andalucian cuisine.

The charter vessel then left Puerto Banus for sea trials before continuing onto France for the season.

The top rated 70? power catamaran DAMRAK II will offer speed and luxury for up to 8 charter guests in the Mediterranean this summer, or in the Carribean during the Winter months.