Proving that the simple things in life are often the best, the annual Cardboard Boat Race organised by the William Tilley Lodge has traditionally been one of Ocean Village’s biggest crowd-pulling events. This year’s contest, on Saturday 3 September, will once again see dozens of brave mariners negotiate a tough 1,000-metre course each hoping to avoid a soggy sinking feeling along the way.

Ros Astengo from Race sponsors Ocean Village, comments, “We’ve had plenty of enquiries about the Cardboard Boat Race for some months now so we’re anticipating a fantastic turnout. In a society dominated by screen time, both TV and computer, it’s refreshing to see the return of some good old fashioned unbeatable family fun. This year we really want to push the boat out, so to speak, so Ocean Village is throwing in a treasure hunt and a colouring competition with lots of prizes and balloons. There’ll also be face painting, bouncy castles and a special visit from Captain Jack Sparrow who’ll be there to wish the sailors luck on their perilous journey.” 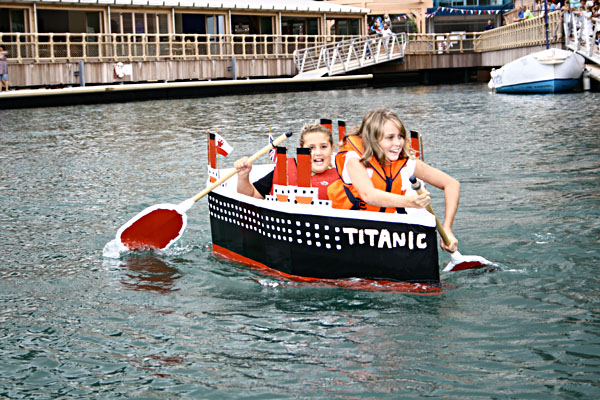 The rules of the Race are intentionally strict in order to put everyone at the same (dis)advantage and inspire maximum creativity. Boats (and oars) must be made from corrugated cardboard which can be layered to any thickness, although tape and adhesives can only connect cardboard to cardboard or reinforce stress points. Wood, plastic, fibreglass and any kind of flotation foam are completely banned so it takes plenty of ingenuity and ‘phone a friends’ to create a vessel capable of lasting the course. If all else fails and she starts to go down, don’t panic, there’s always the ‘Best Titanic Sinking’ trophy to aim for.

In previous years entrants have put considerable artistic flair into both boats and costumes with dragon boats, cartoon cars and pirate ships all appearing at the starting line. Let your imagination run wild – just remember no metal or plastic staples, clamps, nails or screws, to hold the boat together, no wrapping of hulls in plastic or duct tape and no enclosed cockpits – there is a strong likelihood of crews having to abandon ship at short notice… Full rules are available upon registration.

With proceeds going to the GBC Open Day and Down’s Syndrome Support Group, entrants are expected from Gibraltar’s adults and youngsters, businessmen and combined services, all keen to have plenty of fun at the same time as making a difference for good causes. 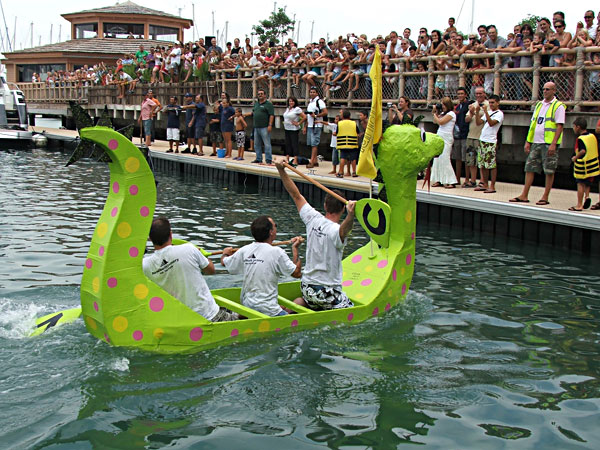 Forms are now being accepted for the Race, to register email Wayne Warwick at sandipuc@gibraltar.gi Fees are set at GBP25 for each adult team and GBP10 for child teams with competitors aged 14 and under. Special Ocean Village trophies are up for grabs for first, second and third placed teams in both the adult and children’s races with ‘Best Boat’ and ‘Best Titanic Sinking’ also attracting prizes. For spectators entrance is free of charge and the action kicks off at midday.

For further information or to register please contact Ros Astengo at Ocean Village on telephone 00 350 200 40048 or email ros.astengo@oceanvillage.gi